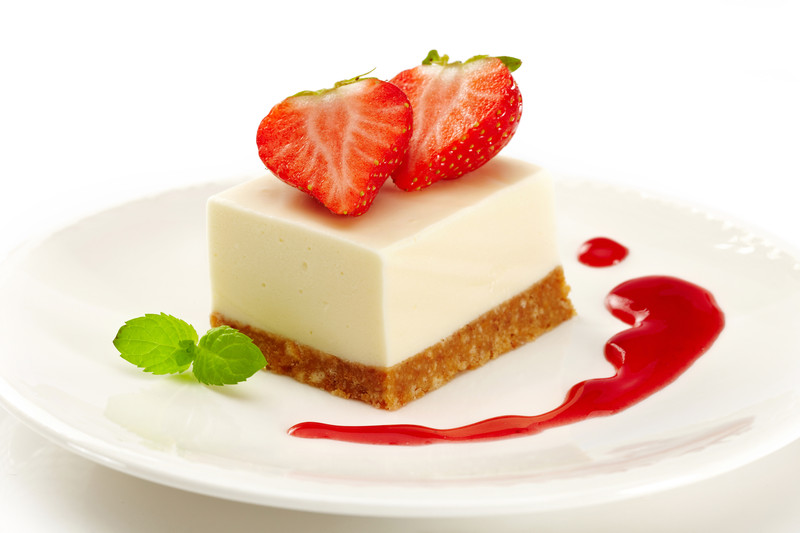 Try my cheesecake recipe for a decadent yet not-too-sweet dessert!

I love cheesecake. It’s my indulgent treat of choice, and I’ve been trying for weeks to create the perfect cheesecake recipe using an almond flour  crust rather than a traditional graham crust. My first attempt didn’t turn out so well, but then I came up with this recipe and I am really happy with the way it worked out! This cheesecake recipe uses the perfect blend of vanilla and maple syrup to create a lusciously creamy filling that is decadent yet not overly sweet, and is complemented beautifully by the crunchy almonds and cinnamon in the crust.

The crust on this one is thicker than a traditional cheesecake crust, so if you prefer a thinner crust, you can either use a bigger pan, or cut all the crust ingredients in half.

Line an 8 inch square pan with foil or parchment paper, making sure to extend the ends over the sides of the pan.

In a large bowl, combine almond flour, slivered almonds, cinnamon and brown sugar. Stir in melted butter and mix by hand until crumbly. Press mixture firmly into the bottom of the pan. Bake ten minutes and remove from oven. 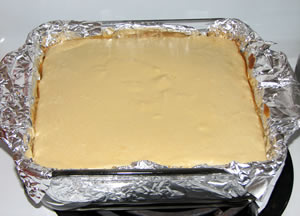 Just out of the oven… careful, it’s hot!

Using a mixer, beat cream cheese, maple syrup and vanilla until well blended. Add eggs one at a time, blending on low speed after each addition just until blended. Pour cream cheese mixture over prepared crust.

Bake 40 to 45 minutes until top is mostly set (there should be a small jiggly section in the very centre of the cheesecake – this will set as the cake cools). Remove from oven and allow the cake to cool completely. Refrigerate overnight or at least four hours.

Carefully lift cake out of the pan using the foil draped over the edge of the pan. Slice into bars and garnish with pieces of your favourite fresh fruit. I love to use mixed fruits for the splash of colour they give, and you can change up the flavour using different fruits, too! Some of my favourite combinations are:

If you give this almond cheesecake recipe a try, I’d love to hear know how it turns out and what you used as a garnish, so please don’t hesitate to leave a comment! 🙂