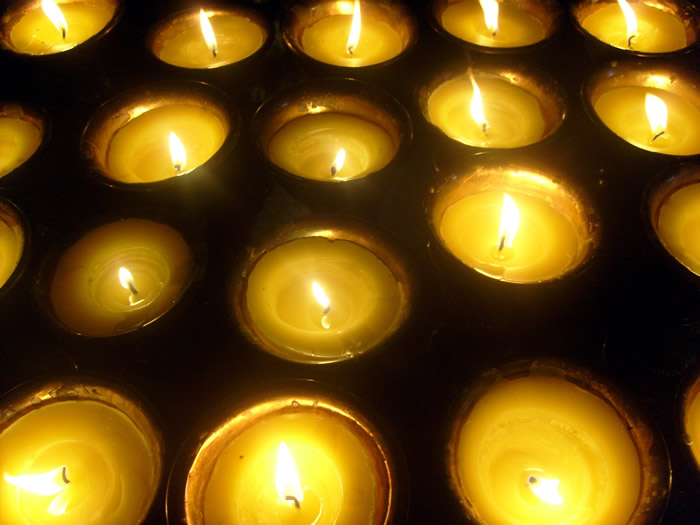 The best way to cope with tragedy is to focus on love.

I usually reserve my Sunday posts for “just for fun” playlists or recipes, but today I wanted to post something different. Today I want to talk about Boston. I couldn’t write about it earlier in the week because I was too traumatized by what I saw on television and the internet; I was haunted by the images of a little boy who looks nothing like my son, and everything like him. I grieved for all those affected, and I struggled to understand why anybody would ever want to do something so horrible to other human beings… and I cried; a lot. The whole situation has really affected me deeply, the way I know it has for many of you, too.

Being the LOA student that I am, however, I know that this isn’t a good thing. I know that focusing my attention, emotions and energy on the horror is not going to help anyone, anywhere.  When events like this occur, however, it’s so hard not to be overwhelmed by our anger, grief and fear. It’s hard not to let hate take root in our hearts when faced with such senseless acts violence. We try to understand, but we cannot, and our instinct is to hate the ones who caused this suffering. But the problem with that, is that hatred only breeds more hatred.

Looking for the good

What we focus on persists, so the only way to counteract this type of thing is for us all to concentrate on spreading love and joy, in whatever way we can. We need to remember that there is still more good than bad in this world. And even though it is hard, we need to remember to look for the good in every situation.

Because even this horrible tragedy there was some good; it was found in the people who rushed towards the scene to provide aid and comfort to the injured.

It was found in the Facebook post of comedian Patton Oswalt , which went viral soon after he posted it, being shared almost a quarter of a million times in less than 24 hours. In part, he said:

But the vast majority stands against that darkness and, like white blood cells attacking a virus, they dilute and weaken and eventually wash away the evil doers and, more importantly, the damage they wreak. This is beyond religion or creed or nation. We would not be here if humanity were inherently evil. We’d have eaten ourselves alive long ago. So when you spot violence, or bigotry, or intolerance or fear or just garden-variety misogyny, hatred or ignorance, just look it in the eye and think, “The good outnumber you, and we always will.”

It was found in the countless other Facebook pages where message of hope and love and healing have continued to be shared all week.

And it continues to be found in the actions of those raising funds to help cover the medical costs of those who were injured.

Give love: a ray of hope

Finding these little rays of hope did help me to cope with my emotions surrounding Boston. But the single biggest thing that has helped me to come to terms with the rawness of it has been a song; a simple song that I actually came across on YouTube about a year ago, and had actually forgotten about until a few days ago. I couldn’t sleep because I couldn’t get those horrible images out of my head, and I asked the Universe for help. I don’t know what I was expecting, but the next day I remembered this song, and searched for it and found it again, and it was like the sunshine coming out again, renewing my faith in humanity.

Love is priceless and it guides us Lifts us up and ignites us Love can wind us and remind us Love has no limit ’cause love is timeless Hate and fear will try to blind us But love unites us, nobody can fight this ‘Cause love is righteous and it might just Save the whole world from this global crisis Lyrics to “Give Love” by MC Yogi

The song is called “Give Love”, by MC Yogi, a hip hop musician and yoga studio owner/instructor from California. The artist’s real name is Nicholas Giacomini and he apparently started recording his own songs because he liked practising yoga to hip hop beats, but felt that the lyrics of most such songs didn’t mesh with the philosophy and spirit of yoga. I’m not normally a big fan of the hip hop genre, but this particular song really struck a chord with me; it’s such a beautiful song, and the message is so important. Please, take a minute or two to listen, and you’ll see what I mean:

I think my favourite part of this song is this:

I believe the very best philosophy is when we live to give love with generosity. Giving consciously and constantly, When we all give love there’s no stopping “we” Lyrics to “Give Love” by MC Yogi

Did you listen to the song? Did it resonate with you as strongly as it does for me? Does it help you believe in people again? Do you believe that if live to give love there’s no stopping “we”?

I’m going to close off this post with another quote from MC Yogi’s lyrics, from a different song. The song is “Be the Change” and it’s about the life of Ghandi:

It was Ghandi himself who taught us that we must be the change we wish to see in the world. So let there be peace on earth, and let it begin with each and every one of us.

It’s the only way it ever can.

I’m not asking you to forgive the people who did this. But I am asking you to let go of hate. And to focus on love. Love your children, your parents, your brothers, your sisters, your friends, your neighbours and your colleagues. Love your cat, your dog, your gardens and the songbirds that inhabit them. Love the trees and the sky and the rain and the sun. Love anything and everything as much as you possibly can. Feel it. Share it. Give it away and accept it back when it is returned. Just love. Because peace begins with love.