Forgiveness: Letting Go and Moving On 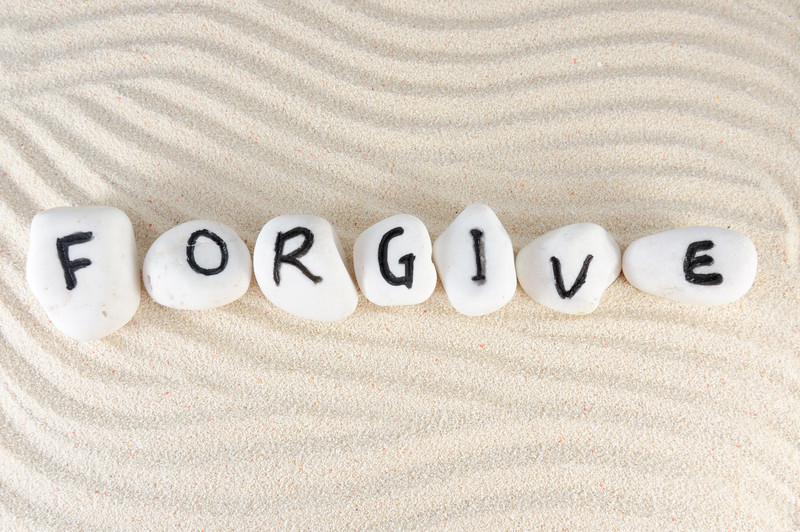 Avoiding forgiveness can make it difficult to move on with your life.

Forgiveness does not change the past, but it does enlarge the future. ~Paul Boese

Forgiveness is one of those topics that I’ve historically had a hard time dealing with. Why should we have to forgive someone who was patently in the wrong? If someone hurt us, why should we ever have to let them off the hook, especially if they show no remorse whatsoever and don’t believe that they did anything wrong, even if they did? In that kind of situation, it almost seems like we’re condoning the actions of that hurtful person by forgiving them, doesn’t it?

I think, however, that forgiveness is one of those things that we have to deal with in order to move on to the next chapter of our lives. If we keep holding onto an old hurt, or carrying around a grudge, we are only hurting ourselves, really. And it’s that kind of baggage that colours our perspectives on everything else that happens to us, affecting our lives in negative ways long after the original incident that caused the first pain. We are not hurting the other person by refusing to forgive them – they most likely really don’t care one way or the other – but we are hurting ourselves by refusing to forgive them.

Holding on to anger is like grasping a hot coal with the intent of throwing it at someone else; you are the one who gets burned. ~ Buddha

In order to move forward in our own life, and in our own goals of choosing happiness, forgiveness is something we need to accept and actually do, or we risk getting stuck in the past, unable to become what we want to become or achieve what we want to achieve. Forgiving someone who hurt us does not mean that we are “OK” with what they did, or that we are excusing or condoning their actions. In point of fact, forgiveness doesn’t really have anything to do with the ones who hurt us at all. What forgiveness means is that we are willing to let it go; that we are willing to give ourselves permission to move forward, that we are prepared to say “I am stronger than this” and to act on that assertion. It means we are ready to cut the bonds of the past that tie us to the ones who hurt us; that we are ready to live our lives on our own terms, and that we are no longer willing to give away our power and see ourselves as  victims. What it means is freedom.

When you hold resentment toward another, you are bound to that person or condition by an emotional link that is stronger than steel. Forgiveness is the only way to dissolve that link and get free. ~Catherine Ponder

And this can be a very scary concept because by choosing freedom, we are also accepting responsibility for our own lives, which in turn means giving up our excuses; no more “I never got anywhere in life because I had a rotten childhood”, for instance. Sometimes resentment can be comforting in that way… it gives us someone to blame when we don’t like our current circumstances. But blame, is a smokescreen and a way of dodging our own responsibilities for charting our own course. And blaming someone else means giving our power away to that person. Forgiving them is, in effect, saying “you no longer have the power to hurt me” and taking that power back. It’s all about us — the ones who choose to forgive — and really has nothing to do with the ones who hurt us.

Forgiveness… is the finishing of old business that allows us to experience the present, free of contamination from the past. ~ Joan Borysenko

We need to stop wasting time being bitter about past injustices; time that could be better spent focusing on cultivating our own happiness in the present and learning to enjoy our own lives. When we resent another or wish for revenge, we become tied to that person.  When we forgive, we are not minimizing our pain, or condoning the actions of another, or forgetting what happened. But we are moving on, letting go of the past and choosing a brighter, better future for ourselves.

Never does the human soul appear so strong as when it forgoes revenge, and dares forgive an injury. ~E.H. Chapin