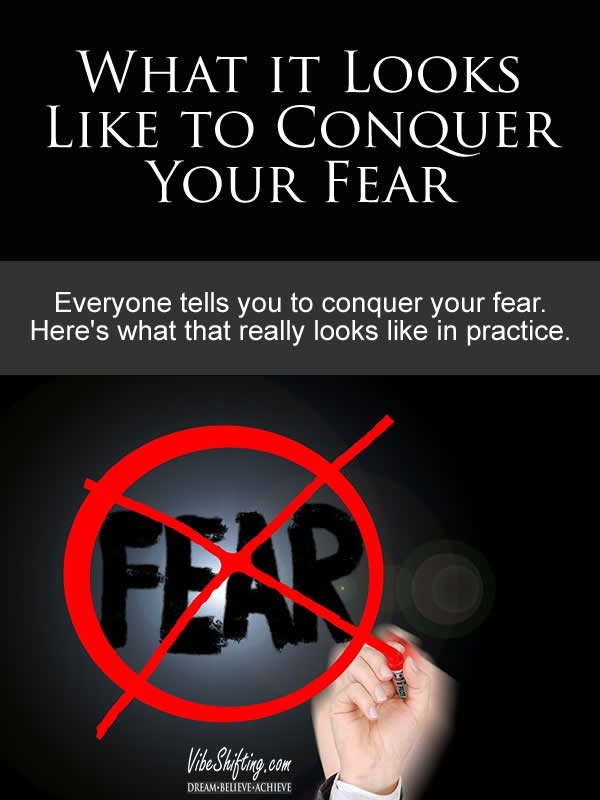 I’m obsessed with fear right now. Conquering your fear is the subject of my upcoming book, Extraordinary, and I’ve been living and breathing this stuff for almost a year now. Researching. Writing. Weaving the material together in a way that will not only help people to understand what’s happening, but will inspire them to actually do what it takes to get through their own fears and build their biggest dreams.

So when this video clip from “X Factor UK” floated across my Facebook feed last week, I was naturally drawn to it. It embodies everything that I try to teach about fear – what it means, what it’s doing to your dreams, and above all, why you absolutely must find a way to stand up to it and move through it if you’re ever going to create the kind of life that, deep down inside, you KNOW you’re capable of living.

When I first saw this video it made me think back to my very early days in Toastmasters – my first speeches, when I literally had to grab hold of the edges of a lectern in order hide how badly my hands were shaking. I was so scared, I felt like I was going to throw up or faint, right there in front of everybody, and my heart was slamming into my chest so hard I was worried that it might actually get bruised from the beating it felt like it was taking.

Today’s video is such a great example of what it means, and what it actually looks like, to conquer your fear. When you see this man walk onto the stage, you can see how terrified he is. You can see him physically shaking. You can see that it takes him a minute to gather his courage together before he’s actually able to start singing. And then you can see what happens as he starts. You can see the transformation that happens… and you can see what the effect of someone doing what they’re born to do – even when they’re really scared – has on a crowd.

This man was scared. Really scared. But you can see in the interviews that there was excitement mixed in with that fear. The excitement that tell you that THIS is the path you need to take – despite your fear. If there was no excitement; if there was only dread, then that would indicate that this was no something he should do. Perhaps it would not have been the right path, or just not the right time for him. But because there was excitement – part of him desperately wanted to do this – to go up there and perform for that crowd, even while another part was terribly afraid of doing so — that was the clue that this was something he needed to do.

And just look what happened.

Don’t let your fears control your destiny. Face your fears, do what you think you cannot. And start building your dreams.

Have you ever faced a big fear? What was it, and what happened afterwards?