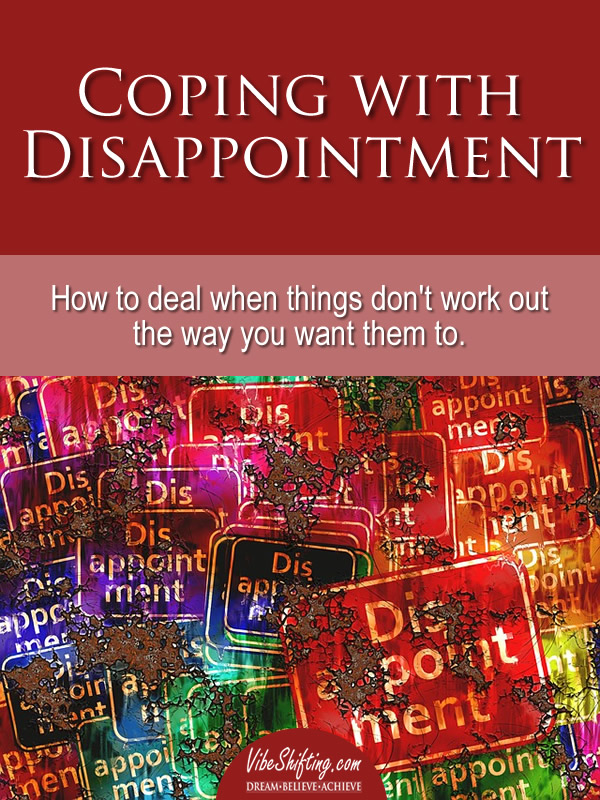 I recently had an experience that could have left me coping with disappointment in a big way. On Monday night I competed in the area-level Toastmasters International Speech Competition and I placed third. Which could be viewed as an unfortunate thing because the first and second place winners both advance to the next level of the competition (this, by the way is all part of the lead-up to the World Championship of Public Speaking that is held once a year, so it’s kind of a big deal in the Toastmasters world).

It’s not what happens to you, but how you react to it that matters. ~Epictetus

The two people I had gone to the competition with were really disappointed for me. Both told me my speech was fantastic and they couldn’t believe I hadn’t placed better. One said she was absolutely shocked – she had expected me to place first, after having heard all of the speeches. And one of the audience members (a member of a Toastmasters club from another city who had come to Ottawa for the competition, and who had also been at the club-level competition that I did win) said that the tweaks I had made to the speech since the first time he heard it had made it even more powerful.

This gentleman (who is not a personal friend of mine) sought me out just as I was leaving the venue and said he had spoken with one of the judges after the competition and that that judge had actually marked me highest. He seemed quite disappointed that I hadn’t placed better, too, and said something to the effect of “it’s too bad… at the next level none of the judges are from the clubs that the participants belong to, so it’s more… neutral”. Which lead me to believe that there may have been some partisanship in the judging.

In other words, it seemed everyone thought my performance merited better results than it got (well, except maybe the two people who placed first and second, I suppose 😉 ). Everyone seemed to feel bad for me. Which I thought was sweet of them, but a little odd, given the fact that I didn’t feel bad about it myself.

Here’s the thing: I struggled for two years with horrible stage fright every time I spoke at Toastmasters. Anxiety attacks that left me worrying if it was actually physically possible for my heart to bruise itself because it was slamming into my rib cage so hard. A mouth so dry that I couldn’t drink enough water, and hands that shook so badly that I splashed more water out of my water bottle than I actually drank anyway.

And despite all of that, I competed in two levels of a major speech competition! This is a huge accomplishment for me! On top of that, I had a freaking awesome speech that was widely viewed as a powerful, inspirational, and transformational message, and one that I hope will help all who did hear it to go on to create wonderful things in their own lives.

And that’s something special, even if I didn’t win this particular competition. The fact that I still managed to get my message out there and still managed to help people — that’s the part that’s important to me, and that’s the part that I choose to focus on. I did what I could, I got up there and I did it. And I know that my speech will have touched some of the people who were there that night.

I will also say that both the ladies who placed first and second had amazing speeches. They are truly fantastic speakers and I wish them all the best as they continue on to the next level – I hope they have tons of fun with it!

Would I have liked to have gone on to the next level myself? Absolutely. Am I disappointed that I’m not going to? Oddly enough, not especially. On the way home the one thought that really stood out for me was “I guess the Universe has something better planned for me. I wonder what it could be?” I’m actually excited, rather than feeling down!

And that’s the key: coping with disappointment involves a shift in perspective, and an ability to look for the silver lining that exists in any cloud. In this case, competing at the next level could have been lots fun, but not competing at the next level leaves the way open for other things, which could be even more fun. I have no idea what those things could be yet, but I’m open to finding out!