The Dangers of Positive Thinking 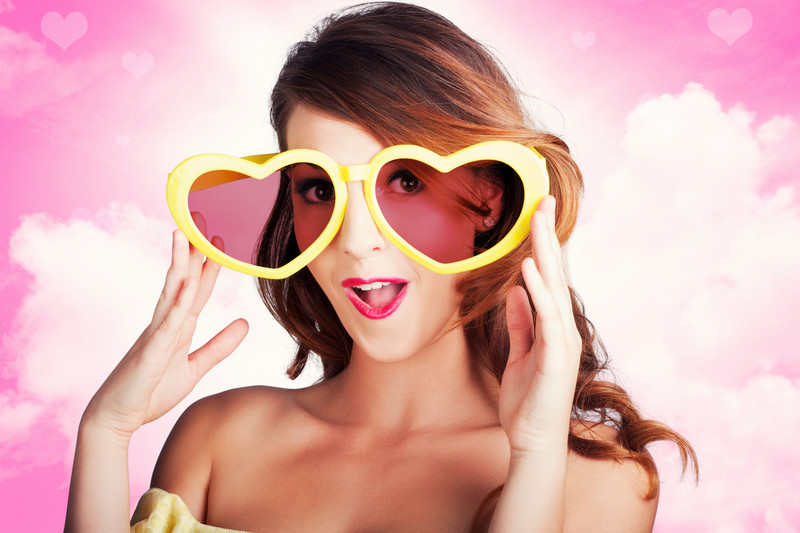 I spend a lot of time on this blog talking about the importance of optimism, positivity and focusing on what you want in life rather than fearing what you don’t want. But is there such a thing as too much of a good thing? I’ve been seeing an odd assortment of backlash pieces against the positive thinking movement cropping up on the internet lately, so I thought it would be a good time to address the idea of whether or not there are actually any dangers of positive thinking, what their impact could be, and what we can do about it.

Now, in my last article, I talked about the field of positive psychology and how it’s different from “positive thinking”. I have a strong academic background, so I like to make sure that what I talk about on my blog has some basis in actual reality, rather than just wishful thinking. Yes, I am heavily influenced by Law of Attraction but, believe me, I’ve done a lot of reading through the philosophical, psychological, and medical research that has investigated the stuff I talk about here. (Which is not to say that you should just automatically take whatever I tell you as the gospel truth on any of this; I can only present you with my own interpretation and understanding of what I see, based on the knowledge and experiences gained in my own life. That is all anyone can ever do. Your job is to pick up the pieces that work for you and integrate them into your own understanding.)

All of which is why we’re looking at the downside of positive thinking today – because I don’t believe in ignoring evidence that is contrary to my own beliefs without examining it to see if it’s valid and whether I can actually learn something from it.

The Hidden Dangers of Positive Thinking

Believe it or not, there are studies out that do show that there are downsides to positive thinking and we would be remiss to ignore such studies out of a stubborn refusal to even consider anything negative. There are situations when dealing with the negative is not only appropriate, it’s necessary. Likewise, there are times when optimism is not only foolish, it’s dangerous. Learning to tell the difference is, obviously, kind of critical.

Some of the more problematic elements of misused positive thinking that I’ve come across include:

Delusional Thinking. This stems from the mistaken belief that any kind of negative thinking is a disaster waiting to happen and it leads to a pig-headed, and extremely dangerous, refusal to even contemplate any potential negative consequences of our actions. If your car is racing headlong towards a cliff, for instance, sitting there insisting that “it’s all good and everything will work out fine” is not only delusional, it’s suicidal; step on the damn brakes and stop the car!

Complacency and Inaction. Another valid criticism of positive thinking is that it can lead to complacency; getting stuck in the happy-thoughts mode, but never actually doing anything with your life. If you want to see awesome things happen in your life, you have to go out and make them happen – thinking positive thoughts about what could be is a great tool for inspiring yourself to action, as long as you actually get to the action part of things. Spending your entire life daydreaming about what could be is a waste of your life. Get out there, do something and BE awesome instead of just thinking about it.

Repression/Denial of Feelings. Oftentimes, when faced with the view that one should always look on the bright side of things, people mistakenly believe that they should stamp out any negative emotions they may have. Not only is this dangerous, it never works anyway. Our emotions are there for a reason, and trying to suppress an emotion because we think it’s “bad” only causes harm. There are no bad emotions. All of our emotions are there to give us feedback about where our energy and focus is directed. If you’re feeling sad, or angry or jealous, this is important information to know. And emotions take time to process. Sometimes, you just have to let them run their course before you can move up the emotional scale to a better feeling place. Trying to squash a feeling before you’ve dealt with it just keeps you trapped there, preventing you from ever being able to move on.

Also, there is something to be said for the idea that we need the duality of positive and negative in order to appreciate the good in life. If there was no darkness, we would never be able to see the stars; likewise, without the negative, we might never come to know the strength that we have or appreciate the blessings that are already around us without taking them for granted.

Blaming the Victims. Positive thinking is also, unfortunately, sometimes used to support a “blame the victim” mentality that can lead people who are suffering from things like cancer, or who experience trauma in their lives to blame themselves for their situations. What’s really unfortunate is when positivity is used as an excuse for callousness or lack of compassion for others who are suffering, because they are viewed as having “brought it on themselves”. People who are new to Law of Attraction and don’t fully understand it yet, for instance, are often particularly susceptible to this kind of mindset.

Blaming the victims is probably one of the most insidious, harmful and distressing dangers of misused positive thinking. And it’s NOT what positivity is or should be about. If you’re in such a situation, it’s not your fault; this did not happen to you because you weren’t positive enough. I cannot stress that enough. Yes, there are vibrational and energy issues at play, but these things tend to be complicated, with many variables at play, and they are never conscious. Positive thinking should never be used as an excuse for cruel disregard for human suffering of any sort.

So what is positive thinking good for, then?

As you can see, there are, in fact, several potential downsides to positive thinking. But I still believe that it has far more pluses than minuses. One of the strongest benefits of positive thinking that I see is that it allows us to hope. When everything is bleak, looking for the positive in our situation keeps us from falling into that bottomless pit of despair and hopelessness; it gives us the ability to believe in something better and galvanizes us to DO something to make the situation better. At the very least, looking for the positive allows us to live our lives with an element of peace that we might not otherwise experience. And perhaps it might even provide us with some amount of joy, which is something that I think every one of us needs and deserves.