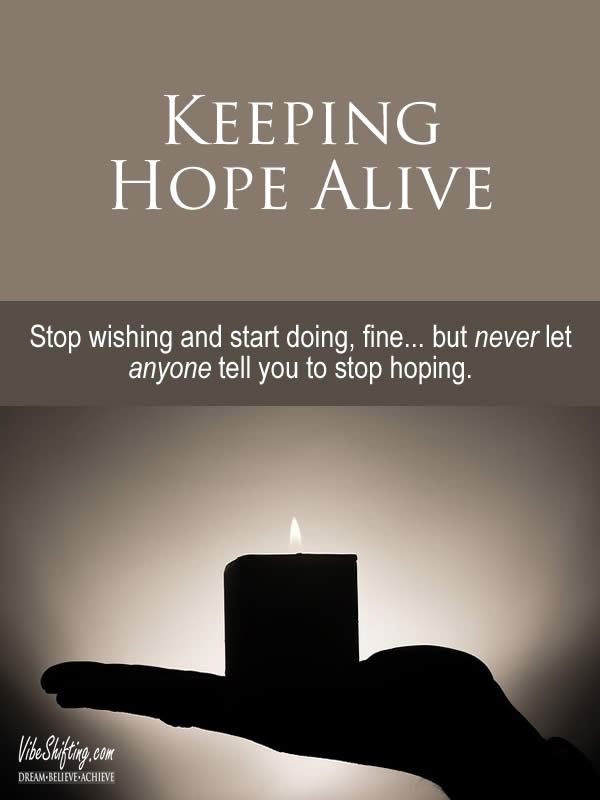 I saw a post on the Good Vibe Blog the other day (and if you haven’t read Jeannette’s blog yet, you totally should… she’s fabulous, and one of the biggest LOA experts out there right now) that I had to respond to. The post was called “Hope is Not a Strategy” and the first line said the article would talk about why it’s wise to give up hope.

That start alone sent a few warning bells off in my mind. So I read the full article with some skepticism, because I had a hard time believing that anyone could consider hope a bad thing.

Hope is like the sun, which, as we journey toward it, casts the shadow of our burden behind us. ~Samuel Smiles

I get the point the writer was trying to get across – that we can’t stop at hope — and yes, this is an important concept to understand. But I definitely do not agree that hope is “the most poetic form of victimhood” out there. And I don’t agree that hope is killing off your ability to manifest the kind of life you want for yourself.

Here’s the thing: as someone who has lived through fire, abuse, serious mental illness, and more loss and deaths than I care to count, I know from personal experience that hope is the most important thing out there, and keeping hope alive is sometimes the only thing that keeps us going.

Without hope, I would not be here, because I would have died by own hand decades ago.

Without hope, the only option left for people who are suffering is death.

Without hope, you cannot get yourself into the right vibration to manifest anything you truly want in life.

Hope is the light in the darkness that lets you know you are still alive when all else is lost. Click To Tweet

Hope is vital. It is the flickering light in the darkness that lets you know that you are still alive when all else has crumbled to dust around you. It’s the thing that gives you strength to pull yourself together one more time when you have been shattered yet again. It’s the tiny little voice within you that tells you that there has to be more to life than this; the last little bit of kindling that fuels your stubborn refusal to give up when everything has gone to hell.

Hope is what keeps people alive. And it is the foundation of everything that we create. 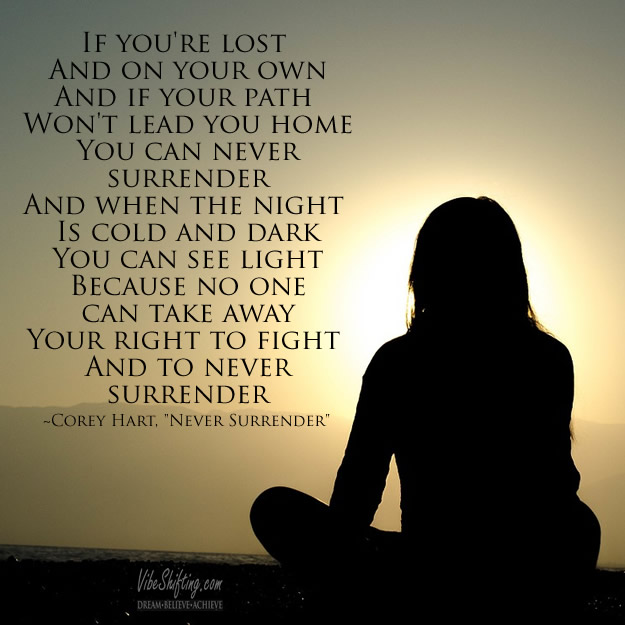 I believe that a distinction needs to be made between “hoping” and “wishing”. I do agree that wishing is counter-productive to manifestation; when you wish that something could be different, you don’t really believe that it is possible for it to be so (and that’s a big alignment issue).

Hope is a Seed

The thing you need to remember is that hope is a seed. It is not a final destination; it’s a temporary resting place that allows you to regain your strength and your focus. It’s your stepping stone to the next stage of your journey, and it’s meant to help you come to the realization that YOU CAN achieve whatever it is that you want to in life.

Hope is a seed; it’s the first stage of you bringing something beautiful into bloom. Click To Tweet

Hope is never a bad thing. Not ever. Don’t ever let anyone tell you to give up hope, not for any reason.

Just don’t stop there, that’s all. Nurture that hope… feed it, water it, shelter it, and encourage it to bloom… because it really is the start of everything that is to come.