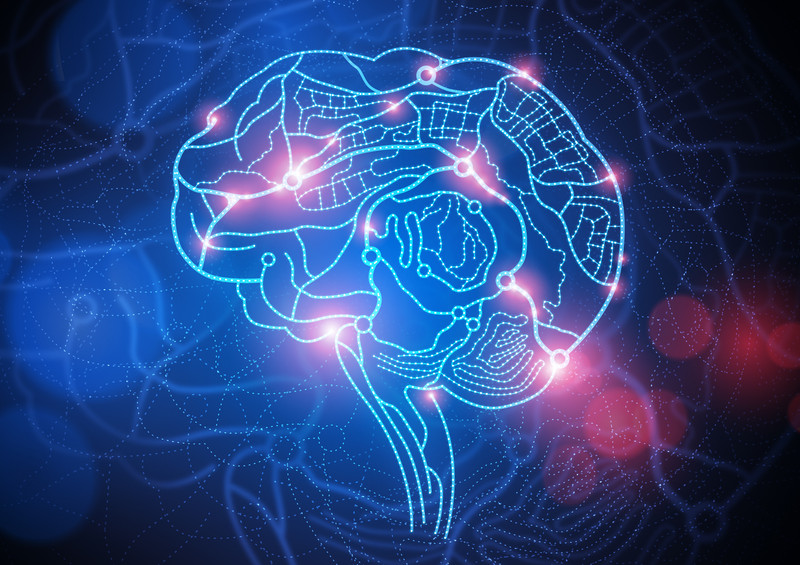 In a previous post, I talked about the process of visualization and gave you six tips for using this powerful process effectively. Today, I want to talk a bit more about why visualization works the way it does and tell you about the history and science behind it, because I’m one of those people who finds it a lot easier to “get” this stuff when I can see actual evidence for it, and I suspect a lot of you are like that, too.

The History of Visualization

Visualization is not a new technique – technically, visualization is a form of meditation, and meditation has been around for thousands of years. The earliest known references to meditation date back to about 1500 BC, and are found in the Hindu Vedas of ancient India, however, meditative practices are found within most religious and spiritual practices throughout history. Traditionally, meditation was used to aid in spiritual development. In more modern times, meditation has been used in a variety of ways to aid in both physical and emotional healing and stress relief.

Visualization meditation, or creative visualization as it is sometimes known, became popular in the Western world after Charles Garfield, author of Peak Performance, brought to light the fact the Russian athletes in the 1980 Olympics spent as much as 75% of their training in mental, rather than physical training! According to this newspaper interview I found, Garfield, who had been doing research to try and determine why some terminal cancer patients overcame the odds and survived, was approached by Russian scientists studying how certain mental states affect physical performance after he delivered a paper at an international cancer symposium in Italy.

I visualize things in my mind before I have to do them. It’s like having a mental workshop. ~Jack Youngblood

In Peak Performance, Garfield references a study done by the Soviets wherein they compared several groups of Olympic athletes and found that the group that spent 50% of their time doing physical training and 50% of their time mentally training performed better than the group that spent 100% of their time training. For a practical example, this would mean that someone who wanted to improve their running speed and planned to practice running four days a week would actually get better results by running twice a week and visualizing themselves running the other two days. This, obviously, was a huge deal that has had a huge impact on how top athletes are trained ever since.

What the Olympic Athlete Study Means

The Russian study and others like it show us how powerful our minds and our mental efforts can be when it comes to physical endeavours.  What’s more, this type of visualization-powered success is not just limited to the sports arena; visualization can be used to help you succeed in any area of your life, with any goal or dream you have.

Visualize this thing that you want, see it, feel it, believe in it. Make your mental blue print, and begin to build. ~Robert Collier

You know from your own personal life experience that when you feel confident about what you’re doing, everything just feels easier, and you’re far more likely to be successful. There’s a kind of flow that you get into and everything just kind of “happens”. Visualization helps to build this feeling of confidence. More importantly, with a regular practice of daily visualization, you convince your subconscious mind that you’ve already done this before – which makes the physical manifestation of what you’ve been visualizing almost inevitable.

Here’s why visualization works the way it does

Which is all well and good, but what’s actually happening here that can tell us why visualization works? There are actually two things that are happening when you visualize:

1) you’re building up your feelings of confidence, because as you’re imagining the success outcome of your goal, that feeling of success becomes familiar to you – so it’s almost like it becomes a given thing that it’ll work out;

2) your mind does not distinguish between the imagined and the physical – when you are visualizing doing a physical action, all the same pathways in your brain that would be involved in the actual physical doing of the action are still fired up when you’re “just” visualizing yourself doing the physical activity.

Case in point: a 1998 study published in the European Journal of Applied Physiology and Occupational Physiology that looked at volleyball players found that the players who used mental imagery performed better than those who did not; moreover, the researchers in this study also took biometric readings of the players involved in the study and determined that:

[T]he same autonomic channels seemed to be used during the actual activity and during the mental imagery of this activity… [thus] it can be suggested that that… mental rehearsing may help in the construction of schema which can be reproduced, without thinking, in actual practice.

Essentially, using visualization to help prepare for a task actually has the effect of you practicing the actual doing of that task. Your mental rehearsal has the same effect as the physical rehearsal would have had, and your mind is creating a pattern, or script, that it then follows automatically when you go out an actually perform the task you’ve been visualizing! How cool is that?! 🙂

Formulate and stamp indelibly on your mind a mental picture of yourself as succeeding. Hold this picture tenaciously and never permit it to fade. Your mind will seek to develop this picture! ~Norman Vincent Peale

So, visualization works, and real science has proven these effects over and over again. I was able to find quite a number of studies supporting the effectiveness of visualization techniques in improving physical performance, all of which were published in peer-reviewed scientific journals. Which made me very happy – some things you just know, but it’s always nice to have the evidence to back it up and show us exactly how and why visualization works the way it does!