Why Persistence is the Key to Success 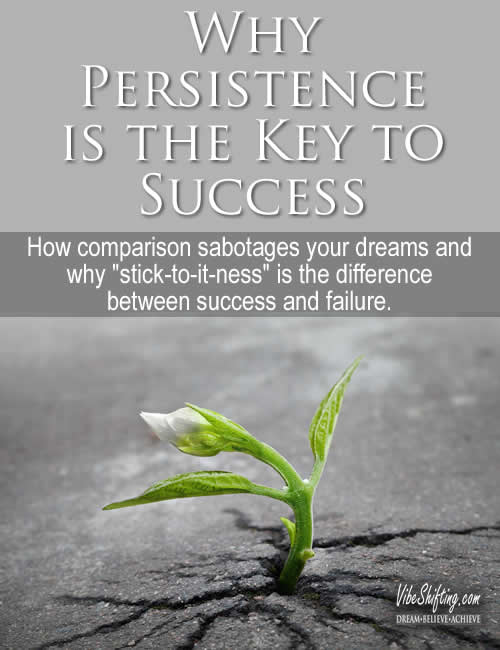 One of the greatest predictors of an individual’s ability to succeed in life is persistence: that “stick-to-it-ness” that allows people to get through the inevitable failures that happen on the road to success.

One of the things I talk about in my new book, fearLESS: How to Conquer Your Fear, Stop Playing Small, and Start Living an Extraordinary Life You Love, is how seemingly sudden success stories, in reality, usually only happen after years of dedicated effort and many failed attempts. We see Point A and we see Point B but we rarely see what happened between the two. It’s like there’s a black box in between those points, hiding the whole process from us.

In today’s vlog post, we pop the lid off that black box and take a look at what’s really happening during the process of success,  and we see that success is anything but a straight line. It’s more a like a tangled maze of twists and turns and ups and downs, and a whole lot of backtracking from the dead ends of things tried and failed.

It’s only when you become aware of all of those tangles and all the ups and down – it’s only when you can see what was really involved – that it becomes obvious what the real key to success really is. And that key is persistence; successful people don’t give up. They don’t view failure as a final curtain call; they view it as just another twist in the maze. They chalk it up to experience, learn whatever they can from it, and then they move on and try again. They don’t let fear, frustration, or wounded pride give them an excuse to quit.

If you’re struggling with a fear of failure and feel paralyzed with indecision when you start comparing yourself and your efforts with those of other people, then today’s episode is definitely for you. You’ll learn why comparing yourself to others is never a good idea, and why you need to be willing to make yourself do the scary things in order to get yourself to where you really want to be. And if you’ve ever been in a situation where you achieved something awesome by pushing yourself to do something that scared you, be sure to let me know in the comments below!