1805 What to Do When Your New Year’s Resolutions Fail 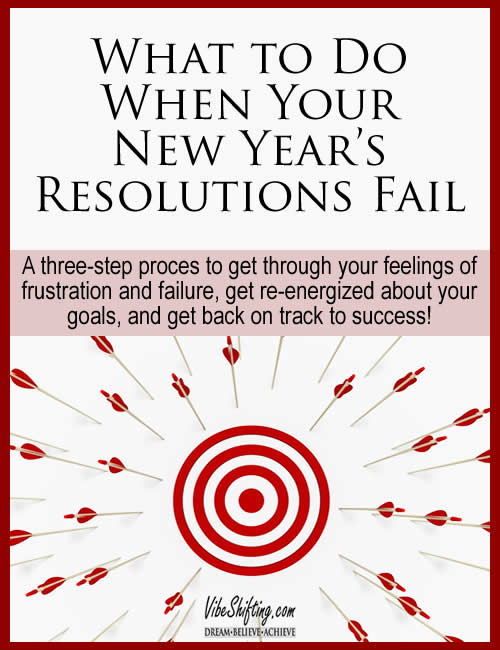 Well, it’s February. For many people, that means the shine has now worn off all those exciting New Year’s Resolutions that were made with such sincerity only five short weeks ago. So today I thought we should talk about what to do when your New Year’s resolutions fail, and I’m going to give you a three-step process for working through any feelings of failure or frustration you may be struggling with and getting yourself back on the success track for the rest of the year.

Now, I have to be honest here and tell you that I don’t make resolutions anymore, simply because of this very common February-falling-off-the-cliff effect that tends to happen to people, but I do make annual plans where I try to chart out what I want to get done over the upcoming year. And I will confess that I am definitely feeling those February blahs this year because I haven’t come even remotely close to achieving what I was aiming for so far.

When the realization hits you that you’re not actually doing what you promised yourself that you would do, it can be really hard not to beat yourself up about it. You find yourself slipping into a really negative mindset, and every inner critic that you’ve ever had to battle comes out in full force to really reinforce the fact that you’ve screwed up. Again.

The danger with this kind of thing is that it has a very demotivating effect – the harder you are on yourself, the harder it becomes to actually do anything proactive to get yourself out of your situation.

And in true Law of Attraction fashion, the longer you stay mired in thoughts of frustration, failure and despondency, the more thoughts that match this emotional frequency will get dredged up from the darkest recesses of you mind. And before long, it will snowball into a whole mess of feelings of unworthiness that will then start affecting the rest of the year. Don’t let that happen!

Given up on your New Year’s Resolutions already? Try this 3-step process to get yourself re-energized about your goals and back on track to #success! Click To Tweet

Here’s what I want you to do instead. I’m calling it the “ARC Process” just because I happen to like acronyms. So this is a 3-step process for getting yourself back on track when your New Year’s resolutions fail:

The first thing I want you to do is to deliberately take a little bit of time to feel bad about not having done what you wanted to. It’s completely normal to feel down about this and it is, in fact, a kind of grieving. So just accept that whatever you wanted to happen didn’t.

And then, for heaven’s sake, get some perspective. The tendency right now is to think in terms of “always” and “never”. As in “I always screw up” or “I never succeed in anything I do.

But if you take some time to think about it objectively, you’ll realize that you have accomplished at least some things so far, and have probably taken some steps towards your goal. Acknowledge that and give yourself some credit. And realize it’s a foundation that you can build on.

The second thing I want you to do is take a good look at what your goals were and re-evaluate them. Were they realistic (quite often, New Year’s resolutions are not)? Were they goals that actually mattered to YOU or were they goals that you set to keep someone else off your case? If the goals were realistic and they do matter to you, then ask yourself what went wrong?

If your goals were unrealistic, then you know you need to rethink your plans for the remainder of the year and come up with a new plan of attack.

If the goals you set don’t really matter to you, then why waste your time on them anyway? Figure out what it is that you DO want and let that become your foundation for the rest of the year.

And if the goals matter to you and they were realistic, then do the introspective work to figure out where your weaknesses are with respect to the action part of your goals. Once you know that, then you now know what you need to guard against or work around from here on in. (For example, if you lost an entire week binge-watching The Crown or Stranger Things, you know you have to find ways of staying away from Netflix!)

If you haven’t achieved the #success you want with your goals, ask yourself whether they were realistic (many aren’t) and if they are goals YOU want or goals you set because you thought other people wanted you to. #introspection Click To Tweet

In this final step, what I want you to do is figure out how you’re going to salvage things. Can you rework your goals, or get yourself better organized, or find an effective way to motivate yourself to still make this thing you want happen?

The key thing here is to get clear on your action plan and your next steps. You need to get yourself re-energized and re-motivated about your goals and, above all, you need to get moving again.

The most important and most effective thing you can do in this stage is to ask yourself this one question: What can I do from here?

And that’s the Arc Proccess. A-R-C: Accept Reality, Re-evaluate Your Goals, and Create a New Plan. 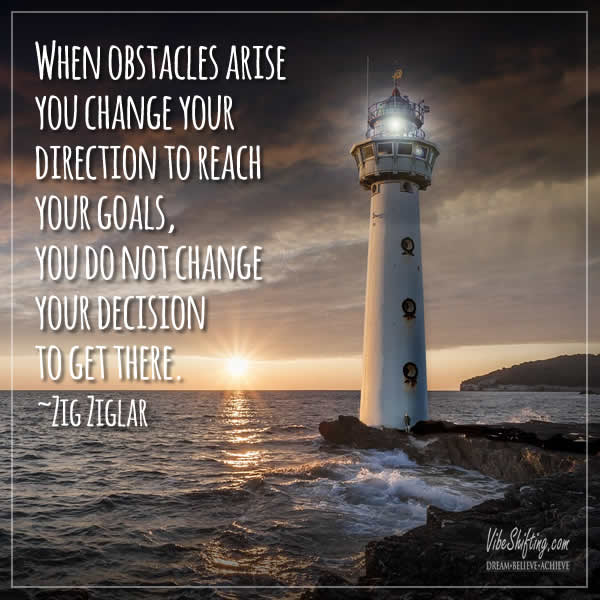 My Experience with the ARC Process

Now, here’s what this looked like for me: I had some massive goals that I wanted to reach this year, most of which had to do with writing targets. I have not come anywhere near reaching those, and over the last few days of January I was feeling pretty down about that.

So, in my step 1, what I did was I ate a bowl of ice cream because comfort food. And for about a day I was totally stuck in that “I can’t believe I’m going to mess up another whole freaking year without anything to show for it.” I was moping and feeling sorry for myself, and I didn’t want anything to do with anyone, and I basically curled up on the couch for a day and read a book.

And then I took stock of things. I acknowledged that I hadn’t reached my targets for January, and wasn’t likely to achieve them for the rest of the year, either.

Then I acknowledged that the targets I set were, in reality, unrealistically high given everything else that is going on my life right now.

I also (admittedly rather grudgingly) admitted that I at least did manage to get one book finalized and ready for publishing this month. Even though it wasn’t the one I had originally planned on, I did at least do that. And I’ve kept the podcast going consistently, which was one of the goals that I did want to achieve this year that I have kept up with.

So, I realized, I DO actually have stuff to show for this year already, and that’s a good start.

Letting Go of Other People’s Goals and Creating Accountability

In my step 2 I realized that the goals I had set were actually “should” goals. In other words, they were goals that I had set for myself because I was comparing myself to other people. When I really thought about it, I realized that what I really wanted to do was something else entirely.

And when I thought about that, I realized that my new goals are going to require a completely different plan of attack than before. They’re kind of audaciously big goals, and I know I’m going to need to some kind of accountability system in place to keep myself from chickening out on them.

So the solution I decided on was to set up a recurring notification on my phone. Every Sunday it pops up a notice with one question: “What steps have you taken this week?” It’s just a simple thing, but it adds that little extra push to help keep me on track.

Trouble reaching your goals? Take time to create your map: what do you want to do, what milestones would be CLEAR indicators that you’re making real progress, and what action steps can you take to reach them? #successtips Click To Tweet

Charting Out the Baby Steps

And finally, in my step 3, I put it all in writing. I wrote out my new goals. I wrote down why I wanted to achieve them – what it would mean to me to be able to one day say that “I did that!” and what it would feel like if I was never able to say that because I didn’t manage to do it.

And by the time I’d done all that, I was feeling a lot better about myself, my abilities, and my odds of making 2018 turn out the way I want it to. I was back to feeling excited about this new year and completely motivated to start working on my goals again.

So that’s what I want you to do. Instead of looking at the beginning of February as a portent of yet another year where you aren’t going to achieve your goals, I want you to look at this month as an opportunity to find rekindle your motivation and re-acquaint yourself with what it is that you really want this year. Take the time to go through the ARC Process so you can get clear, get focused, and get yourself back on track to achieving your goals! And be sure to leave a comment or send me an email and let me know how it goes. 🙂