Feral Cats and the Law of Attraction 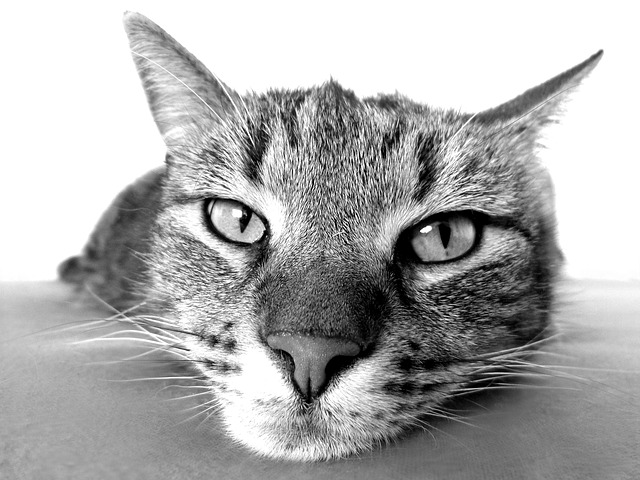 Can LOA provide a solution to feral cats?

Today’s post is a response to an unusual question regarding feral cats and the Law of Attraction from an awesome reader who asks:

For the past year, our yard has been invaded by feral cats.  Two litters have been born and cats come here to get busy.  While the energy and ambiance we create here is strong, the point is these cats are dangerous.  They come up to us for food and we are afraid of being attacked or bitten.  My husband is also allergic to cats and does not appreciate the crapped on soil in the yard, not to mention the flea infestations.  We stopped feeding them as the ASPCA says not to, but they still won’t leave.  There is a whole process involved in trapping and neutering them, and we do not have time for all that as we are busy working people and not retired.  Maybe if it is made easier for us, we would do it, but there are so many hoops to jump, unless we find our own trap.

They come and go, so I am wondering if not pushing against them will make them go away on their own and move on?  I mean, we are appreciative that they are not an even more dangerous wild animal, but they can get just as wild and scary and we risk our health.  Not sure how to approach this.  Has anyone else written in about a similar problem?

First the easy answer: Nope, I can honestly say that I have never received a question about feral cats before. Or other wild animals. I must say, this really is a first for me. But you knew that little detail wouldn’t stop me on a question like this, now didn’t you? 😉

The Feral Cats of Canada’s Parliament

Back to the cats. This is actually a really interesting question for me because I happen to live in Ottawa, Canada, where, for decades and right up until last winter, we actually had a sanctuary for feral cats right behind our Parliament Buildings, smack in the middle of the downtown core. (For those outside of the Commonwealth system, Parliament is our centre of national government, so this would be akin to having a colony of wild cats roaming around the grounds of the White House in the United States.)

So, the parliamentary cats first came on the scene in the olden days (nobody knows exactly when they first showed up, but some think their origins go back even before the parliament buildings themselves), and they were used to control the rats and mice in and around the buildings until 1955, when they started using chemicals to control the rodent population instead. The cats continued to be fed, first by groundskeepers, and then by a series of volunteers up until January of 2013, when the colony was officially shut down and the last cat was adopted out.  Up until that point, the parliament cats and their little colony were actually quite a big tourist draw, drawing raves from people as far away as China, Japan and the UK.

The closing of the cat sanctuary was hard for a lot of people, most especially so for the volunteers who cared for them (these kitties had been around pretty much forever, after all). Even now, almost a year after the colony was disbanded, the cats still have their own Facebook page to remember them by!

Now, the situation with our parliamentary cats was obviously different than the reader’s situation. Our parliament cats were on public property and not in someone’s backyard. The parliament cats had had some socialization through ongoing interaction with groundskeepers and volunteers so they weren’t really dangerous. But this story does illustrate a different perspective on the issue.  The parliament cats were a problem that got turned into a tourist attraction by a group of dedicated volunteers who loved the animals, and who managed to get the whole colony funded completely through visitor donations because of it.

And just so we’re clear, I’m not going to suggest you turn your yard into a tourist spot. 😉

How Law of Attraction Can Help

The key to this story was the energy with which the problem was approached. The people around them loved these cats. And their focus was on finding a solution that could include the best interests of both the cats and the people in the area. And with this energy, a novel and inspired outcome was made manifest.

From a strictly LOA perspective, the answer to your feral cat problem would be to spend some time focusing on the outcome you would like to see. What would be the absolutely perfect outcome for you and these cats in this situation? Get clear on that and then focus on the feelings that creating this outcome would bring you. And don’t forget to ask the Universe for guidance on this one — you may find yourself stumbling across the perfect solution when you least expect it.

For example, you’ll see something on Google that you weren’t even searching for, or you’ll overhear a conversation where someone with the same type of problem shares what worked for them, or you’ll be flipping through TV channels and come across something or you’ll be looking for something in a store and something on a shelf will unexpectedly catch your attention. Be on the lookout for little synchronicities like this – it will be the Universe guiding you to the perfect solution to your feral cats.