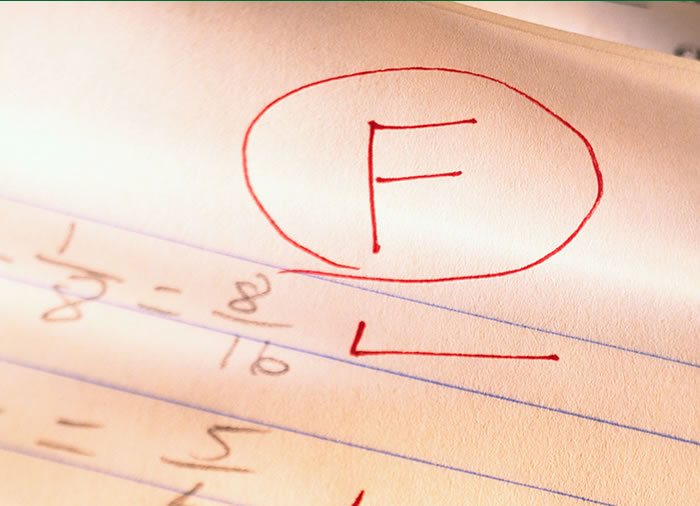 Why is it that when we think of “failure” we automatically think it’s a bad thing? Why does it give us that nasty feeling in the pit of our stomachs? Why do we believe that when we fail at something we tried to do, that we ourselves are failures, too? Wouldn’t it be better to just focus on learning from failure? Because in reality, failure is not such a bad thing; it can help us to improve on an original idea; it can help us to realize that we need to head in a different direction; it can even act as a magical force that allows us to realize previously unknown reserves of strength and determination that steel us to do whatever we need to in order to succeed.

James Dyson, the inventor of the Dyson sphere vacuum cleaner created 5127 prototypes of his famous vacuum cleaner between 1979 and 1984, before finally finding a design that worked — and even then no one was interested in it! It wasn’t until his vacuum cleaner won an award in Japan in 1991 that interest in Dyson’s invention began to grow. Today, Dyson is billion dollar company, employing thousands of people worldwide, and pretty much everyone has at least heard of the Dyson vacuum cleaner.

Every adversity, every failure, every heartache carries with it the seed on an equal or greater benefit. ~Napoleon Hill

J.K. Rowling had the idea for Harry Potter in mind and then suffered a string of tragic events: the death of her mother; an abusive relationship in a foreign country that ended in a divorce that left her as a single parent to an infant; she returned to England with her baby and not much else, ending up on welfare in order to feed her child; all of which no doubt contributed to her diagnosis of clinical depression and thoughts of suicide. And then after all of this, her book, Harry Potter and the Philosopher’s Stone, was rejected by twelve publishers before finally being picked up by Bloomsbury (who still told her she’d better get a day job because the book wouldn’t amount to much). The Harry Potter books, of course, went on to become the fastest selling books in history, and the brand is now worth an estimated 15 billion dollars world-wide.

Learning from failure: persistence pays off

The point of these stories is that the success of these individuals came after failure; many, many failures. But the reason that Rowling and Dyson, and all of the others like them who have turned incredible failures into epic successes, is that they didn’t give up. They were persistent. They didn’t let their failures define them or defeat them — they used them as stepping stones to create the visions they believed in. They worked their asses off, of course, but they believed in themselves, they learned from every mistake they made, and they poured everything they had into making it happen. They did not allow their wounded pride to give them an excuse to quit.

If you’re not failing every now and again, it’s a sign you’re not doing anything very innovative. ~Woody Allen

And that’s real issue when it comes to all of this: the worst part of failure, of course, is that it hurts us. It makes us feel badly about ourselves, and brings out all of the ugliest emotions we have: fear; embarrassment; humiliation; anger. And for a lot of people, this awful mish-mash of unpleasant feelings becomes so uncomfortable, shakes their identity to such an extent that they give up, rather than having to deal with it, or risk experiencing it again.

It’s all part of the process

But for successful individuals, failure is viewed as part of the process. They learn to deal with the emotional aftermath when things go wrong, and in learning from failure it becomes a catalyst, spurring them ever-onward towards their dreams:

Failure meant a stripping away of the inessential. I stopped pretending to myself that I was anything other than what I was, and began to direct all my energy to finishing the only work that mattered to me. Had I really succeeded at anything else, I might never have found the determination to succeed in the one area where I truly belonged. I was set free, because my greatest fear had been realized, and I was still alive, and I still had a daughter whom I adored, and I had an old typewriter, and a big idea. And so rock bottom became a solid foundation on which I rebuilt my life. ~J. K. Rowling

So keep an open mind when it comes to your failures. Realize that just because something you did failed, it does not mean that you are a failure. Use the experience to create an even better version of what you had originally planned and let it renew your determination to succeed. In learning from failure, you can take what you thought was rock bottom and turn into the foundation for the rest of your life.