Laziness and the Law of Attraction 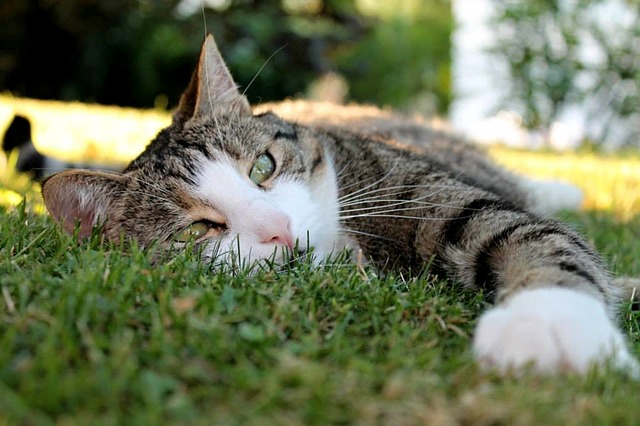 Laziness and the Law of Attraction: What to do when you’re feeling lazy?

One of my awesome readers sent in the following question about laziness and the law of attraction, and I have to say, I love this question because it’s another one of those ones that appears, on the surface, to be about one thing, but which is really about something else when you look deeper…

So the question is: “What is the difference in feeling good and feeling lazy and how would someone differentiate the two in LOA terms? Sloth can’t be too LOA, but sometimes we feel it and what shall we do about it?”

The first thing we have to look at here is what “laziness” actually is. In my little world, there are actually two really important things to know about this concept of laziness:

Let’s look at the first point, the idea that laziness is just a judgment. If you think about it, any time we look at an individual, whether it’s us or someone else, and decide that person is “being lazy” we’re actually passing judgment on that person and, at least on some level, implying that he or she is “wrong”. Beyond that, the idea that someone is lazy is just our interpretation of a situation that we’re observing from the outside. That part is important… we’re only seeing the outer manifestation of what we think is laziness, but we don’t know what’s going on inside that person’s head (and this is true even when the lazy person is us!)

Which bring us to the next point: there is no such thing as laziness. You heard me. Human beings, believe it or not, are not inherently lazy or idle creatures. When we’re being “lazy” there is always a reason behind it. If there’s something that we’re “should” be doing (and by now you’re familiar enough with all of this LOA stuff that the word “should” triggers at least some minor warning bells in your mind, right? 😉 ) and we’re avoiding doing it, there is a reason for it. It’s always a vibrational alignment thing – as in, if you’re avoiding doing something, you’re generally not in alignment with it.

Think about it – when you’re inspired towards action, you can get utterly incredible amounts of stuff done, but when the action is not inspired, it’s like pulling teeth trying to move even an inch. So this concept of laziness and the Law of Attraction is completely an issue of inspired action vs. forced action, and of being in alignment with what you’re trying to achieve.

“Which is all well and good”, you’re saying, “but if no one gets inspired to do the cleaning, my house is going to be condemned…”

Laziness and the Law of Attraction: The Dust Bunnies Revolt

I use this as an example, of course, because I rarely feel “inspired” to clean. I fully admit that I loathe housecleaning and only do it when I feel I can’t possibly put it off any longer, lest the dust bunnies form a union and start demanding health insurance and paid vacations. This would be when I really start to feel that sting of the “laziness” self-judgment.

In this kind of scenario – and you’ll have your own “lazy” triggers that may be different than mine –  the key is to try and find a way to shift your vibration with regards to the thing you’re being lazy about. Trying to force yourself into doing something you really don’t want to do will push you into a lower-vibration, which will only attract more of the thing you’re trying to avoid. In my case, for example, my absolute abhorrence of any and all forms of housecleaning means that within about twenty minutes of my actually doing the cleaning, my house is in almost as bad a shape as it was before I started. (Seriously… nothing other than the Law of Attraction could possibly get my floors that messed up again so quickly. Sigh. 🙁 )

So I obviously have some big limiting beliefs and negativity in this particular area. If I want to change that, I need to find a way to change how I think and feel about housecleaning:

The energy between those two statements is very, very different, and the trick is to find a way to focus more on statements of the second kind, and build them up from there. Get a pen (or your computer) and try doing the same exercise with your own lazy trigger, and see how it goes!  If you can find a way to consistently shift your vibration with regards to your lazy trigger, you’ll find that it gets easier to do those things that you think you “should”.  If it’s a bigger vibrational issue (like my housecleaning thing), you’re not likely to accomplish this kind of shift the first time you try this exercise; it’ll take a more consistent approach and multiple vibe shifting exercises to do it. But I’m game if you are…

The final thing to note about laziness and the Law of Attraction is that, according to Marthe Troly-Curtin, “The time you enjoy wasting is not time wasted.” I tend to agreed. So if you’ve enjoyed what you were doing when you “should” have been doing something, it wasn’t really time wasted, after all… 😉