Money and the Law of Attraction 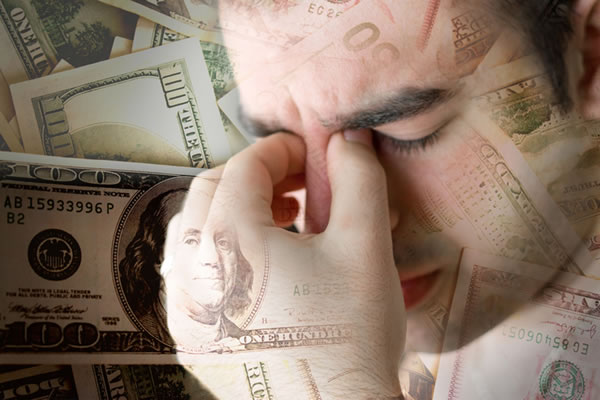 Money and the Law of Attraction: How you feel about money affects how much you have!

I recently had a reader send in a question that made me realize that I haven’t gotten around to tackling the question of money and the Law of Attraction, so I decided today was the day. While the brilliant Carole Remy did provide me with a wonderful guest post on money and Taoism,  I haven’t actually written any posts about money and the Law of Attraction yet myself because, quite frankly, it’s still an area I’m struggling with. However, it occurred to me that maybe that wasn’t such a bad thing because I suspect a lot you are in the same boat and we might be able to learn this stuff together.

So, while I am no means an expert in this area, I can certainly tell you my views on this, according to what I’ve learned about money and the Law of Attraction and how to make it all “work” for you.

What we really want

Money, for most of us, is a tough nut to crack. It has become so tied up with survival, that it’s hard for us to separate the concept of money from the concept of what it is we really want. Because, for most of us, it’s not money that we want; it’s what we think we can get with the money. Money is just a means to an ends. We can’t eat money, we can’t wear money, we can’t live in money, and we can’t drive it, either.  It’s all those things that we think we can buy with money that we really want, rather than the money itself. But we’ve convinced ourselves that the having of money is the key to having all the other things that we want; that it’s the only way of obtaining those things.

Our conflicting views about money

And this is a big problem because, while the vast majority of us want more money because we see it as essential to our survival, at the same time, we’ve also been conditioned since birth to believe that money is a bad thing or that having it will somehow change us or make us bad.  And we all like to think that we’re reasonably good people so, on a vibrational level, we actually prevent ourselves from ever getting more money or becoming wealthy simply because we won’t allow ourselves to become “bad”.

Money and success don’t change people; they merely amplify what is already there. ~Will Smith

Money and the Law of Attraction: Don’t hate the rich!

From the perspective of money and the Law of Attraction it’s financial self-sabotage, and it’s very deeply ingrained. Consider this: How often have you heard any of the following:

Sound familiar? I’m sure you can think of more anti-money or anti-wealth sentiments that you’ve come across in your own life. And believe me, it’s so prevalent that it’s an automatic part of your thought processes. For example: How many times have you seen pictures of some celebrity’s 7000 square foot Caribbean villa and instantly felt either jealous or made some comment about how disgusting it is that some people have so much money and other people have none? Or read a story about a wealthy celebrity’s child being given a car that’s worth more than your mortgage for a birthday present and thought something along the lines of “spoiled little rich brat”? We have all been guilty of thoughts like these at some point or other.

Money is just another form of energy

But this type of thinking is actually what prevents us from ever improving our financial situations. From an energetic standpoint, it is not possible for us to attract more money into our lives if every time we see examples of lots of money we react with anger, jealousy and resentment. These are negative emotions, and hence negative vibrations that will only serve to push the money we want further away from us. Remember that money itself is just another form of energy, and if we want to attract more of it, we must become a vibrational match to it or it cannot come into our lives.

Money is just another form of energy; if we want to attract more of it, we must become a vibrational match to it.
Click to tweet!

Easier said than done, I know. As I said, the money thing is still something that I’m working on in my own life, so I’d be curious to hear your perspectives on this. How have you worked with money and the Law of Attraction in your own life? Have you noticed any correlation between your views on money and the amount of money in your life? Stay tuned for my next article where I’ll be discussing strategies we can use to actually shift our money vibes… let’s see if we can all get this wealth energy working for us. 🙂