How to Manifest a House (or Anything Else) 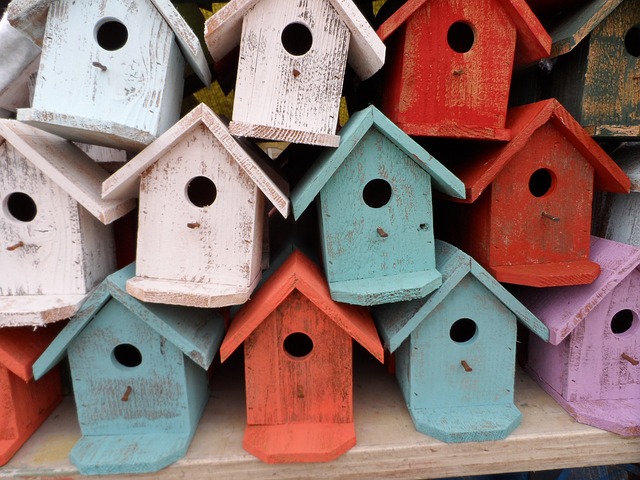 So the question of the day is: how to manifest a house (or anything else) with Law of Attraction? Sometimes, when there’s something you REALLY want in life, and you’re doing all the stuff you “should” be doing – you’re visualizing, you’ve got your vision board set up, you’re “acting as-if” what you want is really yours, you’re feeling awesome every time you think about what you want. And yet, it’s still not happening for you. So what gives? WHY hasn’t that house (or whatever else it is you want) showing up in your life yet?

When you’re doing everything right…

Now, this question was actually embedded in a response to one of the questions I asked in the survey I sent out last week (and if you’re still interested in participating in that survey, by the way, you can still do so right here. There are only five questions and it takes less than two minutes to do.)

So, in my survey, an Awesome Reader asks about manifesting a new house:

I know the house and have waited for it for two years now. Last year we went and made an offer on the house, but the owner does not want to sell it. I dream about this house. [I visualize that I have] put my furniture there [and that I] play with my grandchildren in the garden. Every morning, evening and whenever I can I walk or drive in front of the house. I speak like it was ours already. It’s on my vision board in the kitchen. Can you please help me?

Seeing as all survey responses are anonymous, I have no idea who asked me this question, but hopefully you’re a regular blog reader and will see this answer. 🙂

Why isn’t it working?

So here’s the thing. There are two reasons why this isn’t working for you:

Let’s take a closer look at these two points…

LOA Rule #1: No messing with other people’s lives

You can’t control other people with LOA; it just doesn’t work that way, and, if you think about it, you wouldn’t really want it to work that way, either. You would not want anyone else to be able to manipulate your life, would you? In other words, the thought of someone else being able to make you do something you don’t want to do just because it would help them manifest something they wanted probably doesn’t sit well with you, does it?

It should bother you, because that would be taking away your free will and ability to create your own life circumstances. It violates the basic rules of the game – you can only create your OWN life here, you CANNOT create someone else’s life for them. So, just as you wouldn’t want someone else to be able to mess with your life, you can’t mess with someone else’s.

In this particular case, it means that it doesn’t matter how often you visualize this house, or living in it, or what have you, you cannot make this specific owner of this specific house sell you his home if he’s not ready to part with it.

So does this mean that you will never be able to have this house? Not necessarily. But before we get into that, let’s look at the other reason why your manifesting mojo is messed up here.

LOA Rule #2: Details are a tool, not a result

It is absolutely imperative that you remember that when you are visualizing the details of specific things or experiences you want to manifest in your life, those details are meant to be a tool, not a result. So what does that even mean? It means that the details you put into your visualization practices are meant to get you excited about what you want, but it should always be with thought that you’re after “this or something better”.

And that last part is really important – you want this or something better than this. Is it possible that Source, the Universe, God, whatever you want to call it – that source which lies at the heart of everything, the creative source at the heart All That Is – is it possible that this force can come up with details that you haven’t even thought of yet that would make that vision of yours even more awesome than you could have ever imagined? Of course, it is!

And that is what you need to leave room for. When you are visualizing something, by all means, use the details to get yourself excited about what you want (it is the feelings and expectations behind what you want that are the driving force behind what you are able to manifest, remember), but don’t try to constrain the Universe by insisting that is has to be EXACTLY what you imagine, in the EXACT way that you imagine. This is messing with the how of things. Never mess with the hows when you are visualizing – that’s not the purpose of visualization. And messing with hows does just that – it messes things up!

Allow yourself to believe that you will either get this house, OR an even more incredibly amazing house will come your way. By insisting that it has to be THIS PARTICULAR house, you’re interfering with Source’s ability to bring you something that could be even more perfect for you than you could ever have imagined.

But what if I really want THIS PARTICULAR house?

So, back to our earlier question: does all of this mean that you can’t have this house? No, not necessarily. You may still bring this house into your life, but you have to stop trying to force it. Let yourself be open to the possibility of “the perfect house” without it having to be this one. And let yourself be open to it happening in whatever way would be most beneficial to all involved, including the current owner of this house. Maybe he’ll get an incredible job offer in another city and will decide to sell at that point. Or maybe he won’t want to sell, but would be interested in renting the house. Just be open to all the ways in which it could happen, with this house or a different house, and don’t try to insist that it happen your way.

How I manifested my current house

So here’s my house-manifesting story: When my marriage ended and I needed to find a new place to live, I thought about what I wanted. I wanted a nice place with lots of natural light and great energy. I wanted something near enough to the kids’ school that I would be able to walk them to and from school (because I didn’t think I would have a car). I wanted it to be an easy walk to the main bus route. I wanted it to have a big back yard and a basement suitable for the kids to play in.

I looked at three townhouses in a new development that had been on the rental market for a while. The price was a little more than I wanted to pay, but the places were in a great location, except for the fact that they were in the middle of an active construction zone. Two of the house I looked at, I really liked, but the third one, I thought, was just “OK”. I kept holding off applying for any of them, though. Until one day I decided “enough” I need a place… NOW. I looked at the listings for the three houses again and discovered that the rental price had dropped to something I was more comfortable  with. So I went to ask about applying and the two houses that I liked most had been rented that morning. I was disappointed, but I ended up applying for the third one, and I got it.

In the end, it turned out that this house was probably the best choice for my family. With the way that I set up the furniture, the main floor layout, which I at first didn’t like, turns out to be perfect for keeping an eye on the little ones while I make dinner, for instance. The house is 3 minutes away from the main bus line. It’s a ten-minute walk from a grocery store. And a ten-minute walk to the kids’ school. And the active construction site that had me concerned actually kept the kids fascinated all summer as they were able to watch the big construction trucks from one of the upstairs windows.

So, to summarize all of this, if you want to know how to manifest a house (or anything else) with LOA, keep in mind the two rules: “no messing with other people’s lives”, and “use details as tools, not results”. Leave yourself open to any of the myriad ways in which the Universe could bring you what you want – or something better – and trust that everything will happen in the right way, at the right time.