Understanding the Fear of Success 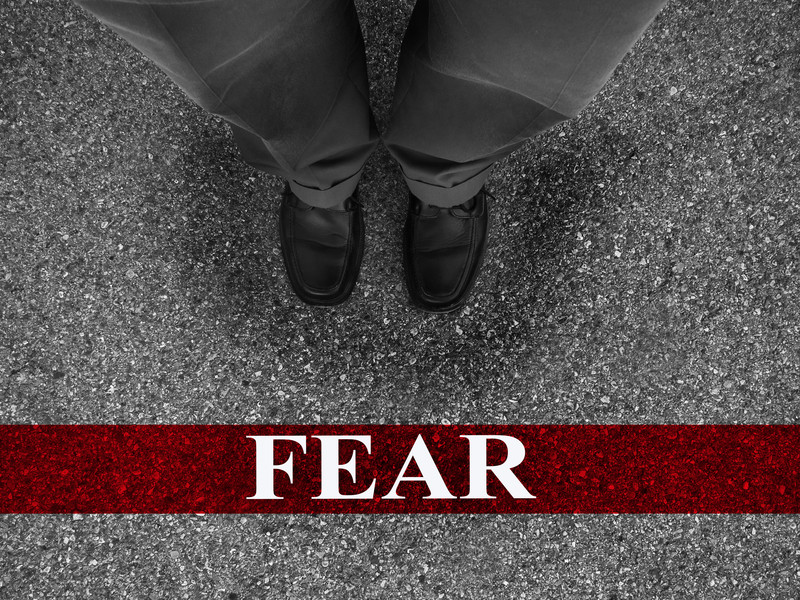 How can you tell if you have a fear of success?

I’ve talked before about various types of fear and how they can hold us back from the life we really want to be living. But I recently received a couple of emails from people who have been wondering why they keep changing their minds about their goals just when things seem to be going really well, which made me think that it was time to address the idea of fear of success in a general post.

Decide that you want it more than you are afraid of it. ~ Bill Cosby

The concept of “fear of success” is kind of counter-intuitive. Everyone understands the idea of fear of failure, and fear of the unknown. But actually being afraid to succeed? It’s not something that really makes a lot of sense on the surface. But success, especially success in relation to a major dream or goal that you might be working towards, is going to cause change; things will be different if you succeed in making that dream come true. And the bigger the dream, the bigger the changes are likely to be if you are successful. For a lot of people, this can be really scary and can be a trigger for the fear of success.

How do you know if you have a fear of success?

A fear of success is rarely obvious and is often disguised in the form of:

Fear of success is actually very common, although it’s generally an unconscious thing. It’s almost always because, on some level, we think that the bad parts about being successful in our goal will outweigh the good parts – and there are always going to be both good and not-so-good changes resulting from your success. If your subconscious is focused on what it sees as the not-so-good consequences of your success, then you will constantly be unconsciously sabotaging yourself so that you don’t succeed (and therefore you won’t have to suffer the not-so-good stuff).

Procrastination is the fear of success. People procrastinate because they are afraid of the success that they know will result if they move ahead now. Because success is heavy, carries a responsibility with it, it is much easier to procrastinate and live on the “someday I’ll” philosophy.  ~Denis Waitley

For example, if your goal is to become rich and famous, you might be consciously focused on what you think is the good part of that (it would be fun, you’d be able to shop whenever you want and never worry about money, etc.) but your subconscious mind might be thinking about the bad parts (ingrained beliefs that rich people are “bad”  and you don’t want to be a bad person, you wouldn’t know who your “real” friends were versus those who just like you for your money, you really have no idea how to look after massive amounts of wealth properly, etc.)

If your subconscious mind feels that the possibility of fame and fortune suddenly turning you into an arrogant self-obsessed jerk who will be hated by everyone you’ve ever known outweighs the potential fun of being able to jet-set around the world in your private jet, then you are not going to succeed in your goal. It doesn’t matter whether you would actually turn into that jerk or not, it’s what you believe on that subconscious level that matters. It’s that belief that impacts your actual reality.

How to deal with a fear of success

The best way to deal with these subconscious fears is to start becoming aware of them so that you can deal with them conscsiously. It starts with understanding that there are both good and bad aspects to any dream or goal that you have. So, if there is a particular goal that you’ve been working towards, ask yourself what would happen if you were successful. Really take some time with it and think about it (this is not something that you do in thirty second – take at least 15 minutes to really think about what your life would be like if you were successful). Write down everything that comes to mind — the pros and the cons – and don’t try to censor yourself, just let the ideas flow as they come.

The idea here is to let anything that might be hovering around just below surface level float to the top so you can actually see it. Oftentimes, just acknowledging any potential bad or scary stuff is enough to make it lose its grip on you. Once you see the bad things for what they are (and remember that they are just possibilities and not guaranteed fact), you can set up contingency plans to deal with them before they happen. You can figure out ways to work around any potential bumps, you can do some research to find out how other people who have already achieved what you want to achieve deal with these same issues, or you can decide that the issues aren’t as bad as they seem and that you’re just going to live with them and be OK with them.

Do not let your fears choose your destiny. ~ Unknown

Facing your fear of success head-on and figuring out how you plan to deal with the inevitable changes that will come with your success before you get there is usually enough to get yourself back on track to achieving your original goal.