Resistance and Law of Attraction 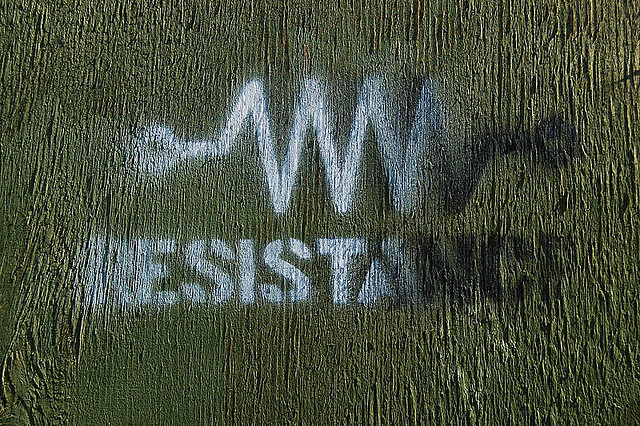 Resistance and Law of Attraction: What is it?

When we’re talking about LOA, resistance means the thoughts and feelings within you that are contrary to what it is that you say you want. It’s all the unconscious stuff that’s holding you back from really committing yourself, on a vibrational level, to what you’re trying to manifest.

For example, say you want to manifest lots of money; you want to be a multi-millionaire. There’s nothing wrong with this desire. Lots of people want money, lots of people have money, and let’s face it; having lots of money makes a lot of things a whole lot easier. And say you also understand that insisting that you win the lottery to get that money is counter-productive and hampers the Universe from getting that money to you in any other of the many, many ways that it could get that money to you. So you’re open to that money coming to you in any way it wants to. So it sounds like it’s all good, and it should be really easy to get in alignment with all of that, right?

Except that you still haven’t won the lottery. Or uncovered a stash of ancient gold coins buried in your backyard. Or been contacted by your great-great Aunt Mildred’s lawyer to be informed that she was a secret billionaire and you were her favourite family member and she’s left everything to you in her will. Despite your visualizing and your vision board and your openness to letting the Universe handle all the details while you don’t mess with the how of things, you’re still struggling to pay your bills every month. So what gives?!

Understanding where resistance comes from

Resistance, my friend… resistance. In order to understand resistance and Law of Attraction, and to understand where your particular resistance is coming from, you’ve got to look at the whole picture behind what you’re trying to manifest. In the case of manifesting huge piles of money, most people think about the “wouldn’t it be fab to be freaking rich?” aspect of things. But they don’t think about what comes with all that money, at least not consciously. But it’s all percolating around in the recesses of their mind. So somewhere inside you, the thought of suddenly becoming incredibly wealth is generating thoughts such as:

The thing is that a big change, like suddenly getting lots of money in your life, doesn’t happen in isolation. It’s not just your money situation that will be different. There are ripple effects to changes like that, which affect every aspect of your life. And even if you haven’t deliberately taken those into consideration, rest assured that your diligent little subconscious mind certainly has. And while you’re daydreaming about your future yacht, that little gremlin is focused on all the negative effects of your desire, instead.

And all those negatives add up to tip the scales in favour of not manifesting that desire. If you want to clear all that stuff up, you first have to figure out how to identify your hidden resistance so that you can deal with it.

How to identify resistance

In order to identify any resistance and Law of Attraction issues you may have around a particular desire, there are a few things you can do:

Once you’ve made your list, take some time to review it. The happy things or good changes that you think would come about through your manifestation are the things that you should be putting on your vision board and what you should be concentrating on when you visualize. The negative things are the ones that are holding you back. These are the fears that are messing with your vibrational alignment and delaying your manifestation. These are the things you need to work on and eliminate in order to move ahead.

How to eliminate resistance

The first step in eliminating resistance is to understand that there is nothing outside of you that causes it. Resistance is completely an internal thing; it is fear caused by what you think might happen.

This is so important so I’m going to say it again: resistance is an internal struggle. None of what you are worried about has happened in your real world; all of these fears are hypothetical and may never come to pass, but your thoughts about these “maybes” are strong enough to mess up your intentions. It is not your crazy uncle trying to get you involved in his harebrained schemes that is holding you back from your money; it is your own mind (your thoughts and fears) about possibly being in that situation that is holding you back.

Fear is not real. The only place that fear can exist is in our thoughts of the future. It is a product of our imagination, causing us to fear things that do not at present and may not ever exist. That is near insanity. ~ from “After Earth”

In order to eliminate the fear you have three choices: 1) accept the fear rather than avoiding it, 2) decide that it’s not as bad as you thought it was, or 3) find a way to deal with it.

A strategy for eliminating resistance

When it comes to resistance and Law of Attraction, sometimes just bringing the fearful thoughts out into the open by writing them down like you just did is enough to dispel them. When we bring fear out of the shadows and into the light of day, it often loses its power over us because we can see that it isn’t as powerful as we thought it was. When something is unseen or unknown, our imaginations tend to build it up into a worst-case scenario, but shining a light onto it lets us see it for what it really is.

For the fears that still concern you, figure out how you can deal with them before they happen. For example: if you’re concerned about how you’re going to look after lots of money, then make a plan to hire an accountant and financial planner who can help you because, after all, if you have that much money you’ll certainly be able to hire such help! Do some research and draw up a list of certified financial planners and tax accountants near you, and include their phone numbers and email addresses so you’ll be prepared. Heck, why not research private banking companies in your city while you’re at it?

If you’re still worried about Crazy Uncle George, then script it out. Write down what you think he’s likely to say and then write down a good response that you can give him so you’ll know how you’re going to handle it before it ever happens.

Do this for each of the fears on your list; create a response list or task list for every single one of them. Figure out how you’re going to handle each fear and write it all down. Once you know how you’re going to handle your fears – and more importantly, once you realize that you are more than capable of handling those fears – they will lose their power over you and stop interfering in your ability to manifest what you’re after. You may not manifest that windfall immediately, but you should certainly start seeing signs that your energy has changed and that things are starting to progress.