Are secondary fears controlling your life? 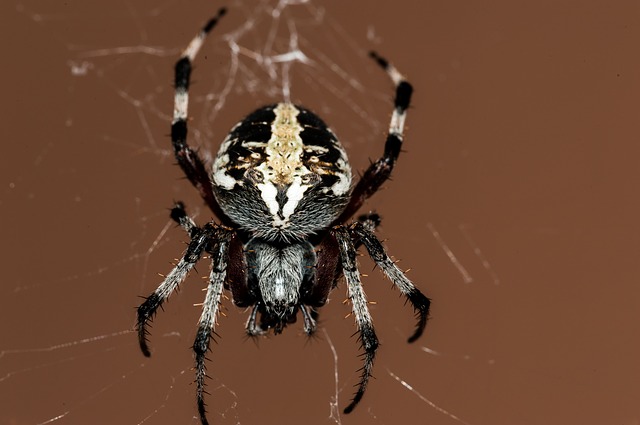 Last week I wrote an article about resistance and how to deal with it, and a reader left a comment about being raised with fear so that your resistance is almost an ingrained part of you. I think this is a really important concept because I believe that one of our biggest opportunities for personal growth comes when we realize just how much of our own resistance actually stems from these secondary fears that we’ve picked up from our parents or the family situations in which we grew up.

Don’t limit a child to your own learning, for she was born in another time. ~Rabindranath Tagore

What are secondary fears?

I use the term secondary fears to refer to the fears and blocks that we have picked up from other people, as opposed to fears that we have picked up through direct personal experience. As a simple example, a primary fear would be my own fear of spiders that developed after waking up one morning as a child to see one dangling in the air directly over my face and then having it drop right on my pillow the second I leaped, terrified, out of bed. A secondary fear would be my daughter’s fear of spiders because she’s seen my reaction to the horrible things, even though she, herself, has never had a traumatic experience with one.

For example, when I was little and wanted to be an astronaut and a veterinarian, my father was approving and supportive of those, but when I wanted to be a singer and an artist I was told that yes, I had plenty of talent and singing/drawing would be a nice hobby, but that “no one makes any money at it” and that there was “a reason for the phrase starving artist”.

Even though, at my young age, he would have known that I would be highly likely to change my mind many times before finally embarking on my ultimate career path, there were already limitations put on which paths were acceptable and which were not. And these limitations centred on whether or not, in his opinion, they were likely to be safe, secure and reasonably well-paying.

From my earliest memories, I was always encouraged to follow an academic path in math, science or engineering, even though I had little interest in them. But I did it because that’s what my dad said I should. I never took drama or music after grade school, even though I loved both subjects, and I dropped art after getting my mandatory two credits in high school. I filled up my schedule with all the maths (which I hated) and all the sciences and only took the minimum required business credits (which I actually really enjoyed). Because that’s what sensible people did.

Where secondary fears come from: your parents’ beliefs

Now, my dad grew up in a very poor family (poor as in sometimes there was literally no food in the house). So his views about job security and money and all his fears surrounding those issues came from that childhood and growing up in that kind of poverty. He believed without doubt that education was the key to getting out of that cycle and building a better life for himself – and for him, it was. He was the only one in his family to continue his education after high school, and the only way he was able to do it was to join the army and have them pay his tuition with the promise that he would continue working for them after graduating. For my father, a degree in engineering was the way out of that cycle of poverty, and math and science were something he placed on a pedestal as the only really worthwhile career options.

But, thanks to my dad’s life choices, I never grew up like that. I never worried about money or lack of anything else while growing up; whenever I’d complain about there being nothing to eat in the house, it was because there was nothing in the house that I particularly felt like eating, but there was always food in the house and I was never hungry. And I always had everything I needed (fear over not having the basics was just not in my realm of experience, and certainly not anything I would have ever even thought about). My experience was so different from my fathers that there was no need for me to have the same kind of money fears he did because I started off so much further ahead than he did. But, because I was exposed to those fears and points of view for so long, and from such a young age, I picked them up anyways.

Realizing that my beliefs and fears about money and “acceptable” career choices came from my father was really an “ah-ha” moment for me. It made me realize that my unconsciously adopted fears were having a big impact on my life choices, with detrimental effects on my happiness and experience of life. I needed to let go of these fears in order to be able to move ahead with my own life, rather than living something that was kind of a shadow of what I thought my dad would want. For instance, despite my choice to take all of the “sensible” courses in high school, the most useful course I ever actually took in terms of what I’ve actually used in life was grade nine typing (a skill that I still use every single day, despite it having been considered a soft option). And oddly enough, despite the sensibleness of calculus, I’ve NEVER had to calculate the area under a curve since high school, not even once. Go figure. (Yes, that was dripping with sarcasm.)

The thing is, most parents just want their children to be happy, and a lot of the pressure they put on their kids comes from their own fears about what is considered acceptable and safe. They are afraid that if their children make the “wrong” decisions, that they will suffer for it and be unhappy, and so they try to get them to do what they think the right think should be. But children are not, and cannot be their parents. And trying to mold children into what you think they should be just invalidates what they already are, and that, in the end, is what causes the most suffering for those children. Because what they already are – what you already are – is such an incredible, wonderful gift to the world; that unique spark is here for a reason and trying to change it is just… wrong. Worse, it deprives the world of that bit of irreplaceable magic that that child is here to contribute. Far better it is to support that child in the journey of discovering what their unique gift is and helping them to find their own unique way of sharing that with the world.

As a child, you can’t really help but be influenced by the beliefs of your parents; when you are small, your existence kind of depends on the people who provide you with the necessities of life. Your family is the single biggest influence on your own thought patterns and belief systems, whether you’re aware of it or not. And your parents’ fears had a huge impact on the way in which they raised you.

But thanks in large part to their own efforts to make things better for you, you’re not starting off from the same place that they did. You were born in another time and in a whole different world than the one in which your parents grew up in, and where their fears might have been a survival tool for them, all they do for you is hold you back from living your own life on your own terms. Learn to recognize the secondary fears that you’ve picked up along the way, and then let them go. Your life is waiting…