How to Maximize Your Productivity 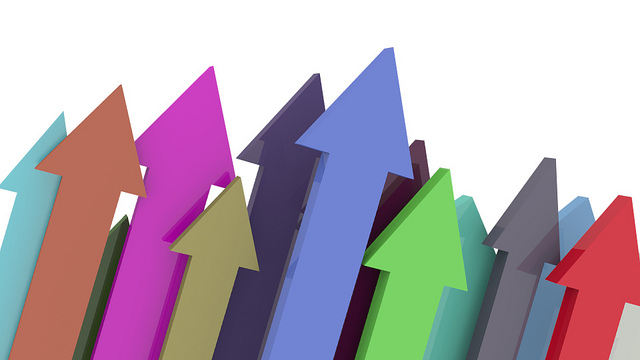 Action, as I’ve mentioned before, is critical to success. But part of learning how to maximize your productivity and sustain your ability to take that action is learning to recognize your own natural productivity cycles so that you can plan ahead to get the most out of the times you are most creative and productive, and stop wasting your time trying to make yourself accomplish stuff when you’re just not physically or mentally capable of it.

Something I’ve noticed in my own life is that when I have those periods of frantic, crazy-productiveness, when I manage to get mind-boggling amounts of stuff done with seemingly no effort at all and things are just flowing such that I can’t not create; these periods are always followed by a crash afterwards.

These crashes used to drive me crazy because getting insane amounts of stuff done in impossible time periods is fun, and you really do get a rush from it, and not being able to get anything done when there’s so much to do is just freaking frustrating because you know what you’re capable of achieving from those uptimes that you do have.

But those downtimes, I’ve learned, are actually critically important for sustaining the uptimes; the massive activity storms where we get so much done cannot happen without that regeneration period in between. Rather than being the burnouts or lack of discipline that I once thought they were, I’ve come to realize that the downtimes are part of a natural cycle of productivity; they are necessary lulls in between bursts of activity that are there to allow you to rest and re-inspire yourself for the next round. They help you to incubate ideas and germinate the seeds of creativity while you store up the mental and physical energy for the next round of intense growth. And you can’t fight them; they have to happen, or the cycle is disrupted and everything goes off-kilter.

I learned this the hard way. I used to feel guilty about taking time out to watch a TV show or read a “for fun” book when I had so much “important” stuff to do (and I still do sometimes); building a big dream takes effort, after all, and action must be taken consistently in order to get to where you want to be in life. So, in my mind, wasting my very limited free hours on frivolity was just a really dumb thing to do.

So I would fight the down-cycle and try to make myself productive. And what would happen is that I’d waste endless amounts of time staring blankly at my computer screen, desperately trying to force myself to focus and think out of sheer will power. And it wouldn’t work because it just wasn’t possible; you can’t focus and create like that in a down-cycle because it’s counter to everything your mind and body need in that cycle. So I’d waste hours trying, and failing to be productive, or I’d grudgingly go do something else, but I’d feel so guilty about not working that I wouldn’t enjoy what I was doing anyway. Which, again, is counter to the whole purpose of a down-cycle: in a down-cycle you need that change of pace, change of scenery, and change of perspective. You need that rest time in order to be able to function properly in the next active cycle, and fretting over what you’re not doing doesn’t count as rest time.

Maximize your productivity by going with the flow

What I’ve learned through all of this is that you can’t fight your own natural cycles, and creativity and productivity are cyclical things. I’ve discovered that when I’m in a down-cycle and try to fight it – when I try to force that next activity storm – I just delay it from coming. That next burst just ain’t gonna come until I allow the rest-and-regeneration cycle to happen first. And the more I push, the longer that next activity burst gets delayed; it’s as if, by messing with the natural order of things, I not only extend the length of the required rest period, but the cycle itself is damaged and needs extra time to repair itself, too. And, contrariwise, when I just stop pushing things and let myself go with the flow, the natural rhythm reasserts itself, things just start happening again, and the down-cycles seem to get shorter.

It’s been a fascinating learning process, and a powerful one. I’m not saying it’s easy (yet); I’m fighting a lifetime of programming, after all, but it is getting easier. And I’m starting to let myself enjoy those lulls more; I’m starting to appreciate the downtime and look forward to the opportunity for recreation and fun and doing things I like just because I like them. Because I know now that enjoying myself and changing my routine every now and again is actually going to benefit me greatly in the next up-cycle; I know now that a lull in productivity just means that the next wave of inspired action is heading my way, and I’m being given a chance to get myself back on my boogie-board and get myself ready to surf!