Lions and Tigers and Bears (Oh, my!) 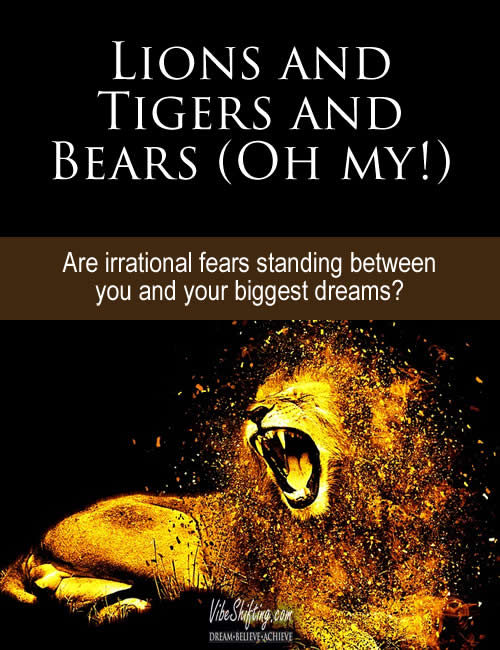 Is there something you’ve been “thinking about” doing that might get you closer to that big dream or goal of yours? Something that you’ve “considered” but put on the back-burner because you’ve convinced yourself that it’s going to be much too difficult to deal with?

Now let me ask you this: How long has that thing you’ve been thinking about doing been sitting there, at the back of your mind, collecting dust, while your dreams keep going nowhere?

Here’s the thing: Sometimes, it does make sense to put things away for later. But all too often, when we put things off we end up never doing them at all. This is because the reason we put them on the back burner in the first place had nothing whatsoever to do with any valid reason, and everything to do with our fears.

One of the most insidious things about fear is that, so often, the things it makes us worry about were never in the realm of real probability in the first place.

We expend ridiculous amounts of energy thinking up all these doomsday scenarios that are highly unlikely to ever happen, and yet we stay awake at night worrying about them all the same.

It’s like Dorothy in The Wizard of Oz worrying about all those lions and tigers and bears that never show up. (Well, there’s the one lion, but he’s not at all what she expected a lion to be.)

Frittering away your energy on useless worry

So much of the energy we could be channeling into building our dreams and achieving our goals gets frittered away in pointless fretting over things that may never come to pass.

We freeze up, unable to take another step forward because we’re terrified the ground before us is booby-trapped or that there are monsters lurking in every shadow.

But there aren’t any traps, and there are no monsters. Every problem that we encounter has a solution, and the more intensely we believe that, the faster those solutions come to us and the easier they are to implement.

Take my recent decision to start having guest experts on my podcast, for instance. I put off taking any steps towards that for an entire year because I was convinced that the technical aspects of recording two people at once with decent audio quality would be beyond my capabilities and/or budget.

When I finally made the decision to just go for it, all my fear evaporated. #entrepreneur Click To Tweet

I was afraid that no one would want to be interviewed by someone who had only ever done podcast monologues before.

I was afraid that getting transcripts would be hugely expensive and time-consuming.

But all those fears were just excuses. Because when I finally made the decision to just go for it, all those problems evaporated… almost instantly. 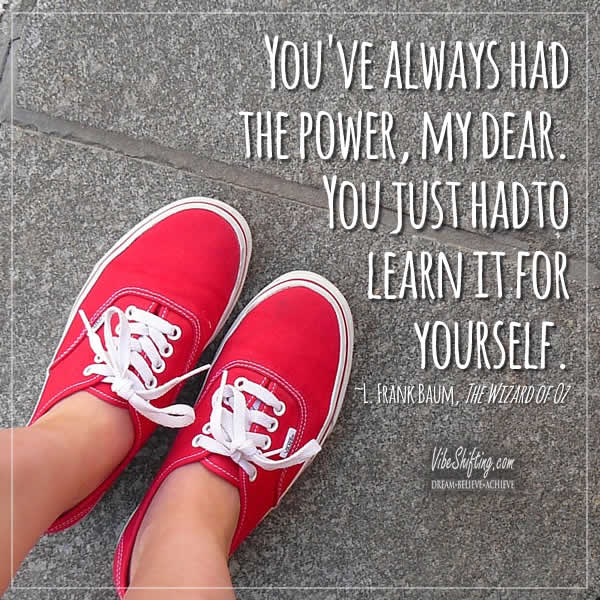 Every problem has a solution

That’s not to say there weren’t any speedbumps along the road.

The first system I tested for doing interviews didn’t work. So I emailed someone who’d interviewed me a while back and asked him what system he used. When I gave his recommendation a try, it worked really well, and it didn’t cost me anything, either.

When I started reaching out to people to ask if they’d be interested in being interviewed as podcast guests, I was overwhelmed with enthusiastic responses from people who loved the idea and wanted to be involved.

I asked for recommendations for transcript services and got some responses, but wasn’t really happy with any of them. Then I stumbled across a new service through Google and I gave them a try and was really impressed. And it was cheaper than any of the recommendations I had received.

How much time are you willing to waste?

The point here is that I spent an entire YEAR telling myself that this guest interview thing would never work because of this reason, that reason, and whatever other reasons I could possibly come up with to avoid taking the next logical step of DOING it.

It was all fear; pointless, ridiculous fear. Because as soon as I took the next best step towards making guest interviews a reality, it happened. And it happened quickly, easily, and, as an added bonus, with a great deal of fun, too.

Remember that every problem has a solution. Don’t let fear hold you back! #mindset Click To Tweet

You need to ask yourself how much time you’re willing to waste hiding yourself away from nonexistent lions and tigers and bears. How long are you willing to put things off because of disasters that may never happen? How long are you willing to wait for the “right time” to start building your dreams? (Hint: There’s never going to be a right time. The right time is when you decide it’s the right time, regardless of all the other shit going on in your life or in the world.)

What’s your dream worth to you?

In short, you need to ask yourself how much your dream means to you and what are you willing to face in order to make it happen. If it matters enough, the knowledge that most of those worst-case scenarios that you’re dreading will never actually materialize should be enough for you to work past your resistance and start moving towards the dream.

And what’s really interesting is that as soon as you make a decision, once and for all, to just go for it, all the fear magically evaporates and there’s just purpose. It’s a calm sense of knowing that this thing is going to happen.

Yes, sometime the lions and tigers and bears you were so afraid of are actually real.  But they usually just kind of stop and give you a curious sniff before wandering off elsewhere, far away from you because they know you’re not afraid of them anymore. Most of the time, though, they turn out to be kittens and teddy bears.

And once you’ve left your fears behind you realize that, just like Dorothy, you already have whatever power you need already inside of you.

And once you realize that, you’re finally free to follow that yellow brick road to your biggest dreams.

P.S. If you’re intrigued by the idea of guest experts on my podcast, be sure to subscribe. My first chat with a guest will be live next Thursday, October 5 and we’ll be talking about myth, magic, and Law of Attraction.