Is This Your Fight Song? 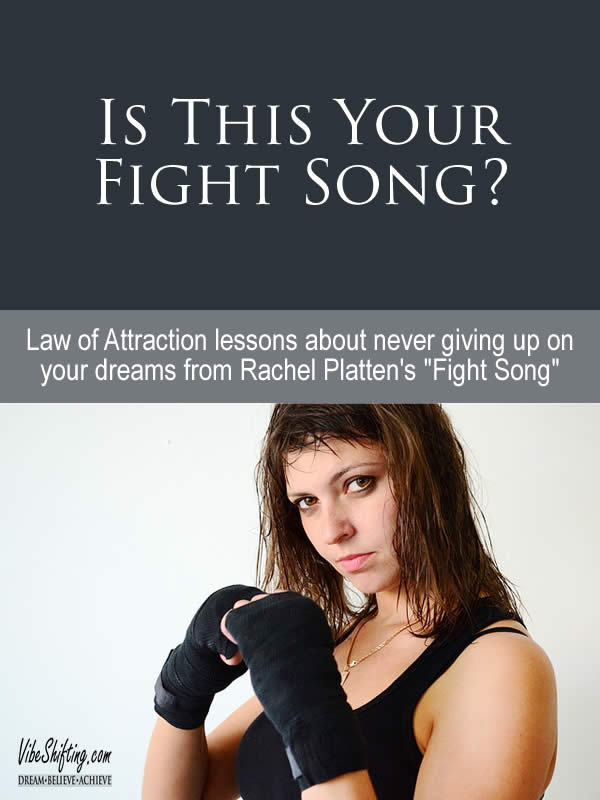 I had a conversation with someone the other day and he was telling me about this awesome song his daughter had been listening to. It was Rachel Platten’s “Fight Song”, and I agree – it’s a fantastic song. Not only is it catchy and eminently sing-able, it’s got a great message about determination and doing what it takes to make your dreams a reality, no matter what.

After our conversation, I picked the song up on iTunes, then looked up the lyrics and read up on Ms. Platten herself. And what I read was fascinating. She’s a great example of how it’s never too late to build your dream.

In the music industry you only have until about the age of 25 to “make it” or you’re considered too old to have any chance of success (unless you’re in the classical or adult contemporary genre). Ms. Platten was 34 when “Fight Song” went platinum and got her signed with Columbia Records.

The myth of the overnight success

On the surface, she looks like a classic case of overnight success – she came, seemingly out of nowhere with a kick-ass song and exploded onto the music scene. But, as with all overnight success stories, there is a lot more in the background than what most people see.

As w/ all overnight success stories; a lot more was going on in the background than anyone knew Click To Tweet

She started out in international relations. She was interning in a diplomat’s office in Trinidad, learning how to be a diplomat, when she got an opportunity to be a last-minute fill-in, playing piano and singing backup with a friend’s band, at a huge music festival. It was in that moment, up on a stage, performing in front of 80 000 people that she knew that this is what she was meant to do.

When she got back to the U.S., she threw together a demo album with the help of some friends, and started playing any and every gig she could get. 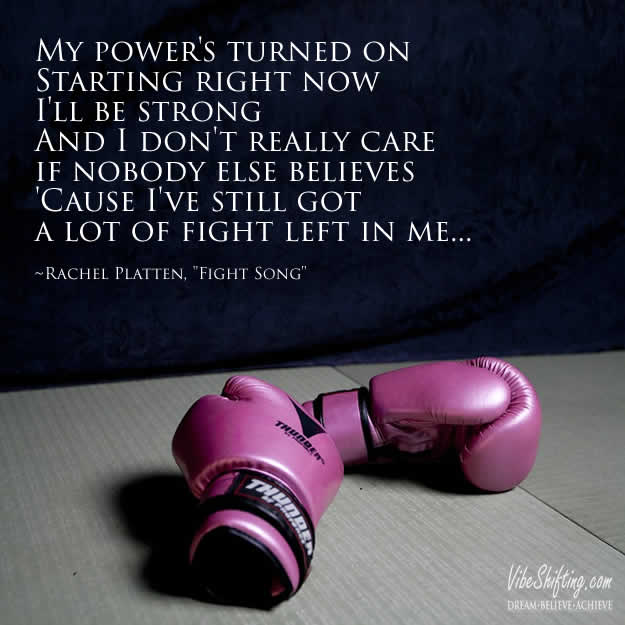 For twelve years she did this. She struggled trying to make things work out for herself. She dealt with the wild ups and downs that everyone deals with on the road to success. She had some success, but not what she really wanted.

She wondered if she should give up and do something else. And when her song hit the top 100 list on iTunes, and then exploded, she wondered if she really deserved the success that she had worked for, for so long.

What I love about her story is how well it demonstrates the principles of LOA at work in her life; how much her level of success corresponded to her level of alignment with what she wanted, and how much letting go of her attachment – really becoming OK with what she currently had – triggered the very success that she had been dreaming of for so long.

It was letting go of her attachment that triggered the very success she had been dreaming of. Click To Tweet

Make this your fight song

The moral of this story is: never give up. If you’ve got a big dream in your heart, it doesn’t matter how old you are or how long you’ve been working on it. Yes, as Oprah said, you do need to do what you have to do in order to pay the bills and survive, until you are able to do what it is that you most want to do. But during that time, you don’t ever stop working on what it is you most want in life, with whatever time and resources you have available.

Always remember, as screenwriter J. Michael Straczynski said: “It’s never too late to become what you always wanted to be in the first place.” Make this your fight song, and promise yourself that you WILL succeed in making your own dreams come true.